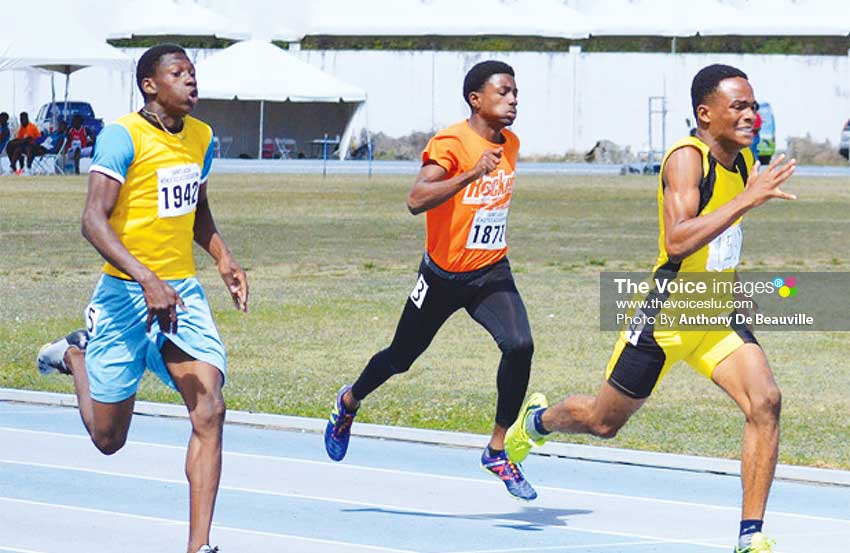 THIS is the time of year when the Daren Sammy Cricket Ground (DSCG) comes alive, not for towering sixes and fours, but to showcase the talents of Saint Lucia’s finest athletes at the Secondary School level. It is the Inter Secondary School Meet (finals) and is slated for Friday 20th March 2020.

Over 1100 athletes registered in four divisions – Under 14, 16, 18, and 20 at the end of registration for the northern and southern zones. Each division will have two athletes per school.

Like previous years, the number of events in which an athlete can participate have been limited. Each athlete will be allowed a maximum of two field or track events (individual events) including the relays 4×100 metres and 4×400 metres.

Director for Sports, Patrick Mathurin spoke to The VOICE about the 2020 Inter Secondary Schools Sports, particularly the Northern Zone Qualifiers which starts today at the Daren Sammy Cricket Ground.

This is what he had to say.

“All is in place in terms of this year’s secondary schools sports; we had a Technical meeting on Thursday 5th March 2020. The Northern Zone commences on Tuesday 10th through to Wednesday 11th at the DSCG and the set at George Odlum Stadium for the National Juniors championship (the secretariat, the call room, official tent and athletes tent) will remain as is for the Southern Zone qualifiers scheduled for Thursday 12th and Friday 13th as we try to avoid the hospital as much as possible”.

According to Mathurin, “There was a final check on Monday in terms of all the areas at the DSCG; security is paramount and will be in force as usual. We are ready to go and we want to have a very good Inter School championship and I feel confident we will do so”.

In terms of the participating schools and the numbers of athletes participating, Mathurin said, “The northern schools range from Gros Islet Secondary up to Dennery, making it a total of sixteen, and twelve in the south. Total number of athletes registered for the Northern Zone qualifier is 669 and for the Southern Zone qualifier 450 athletes will battle it out for a semifinal spot of the championship which is scheduled to take place on Wednesday 18th March at the DSCG”.