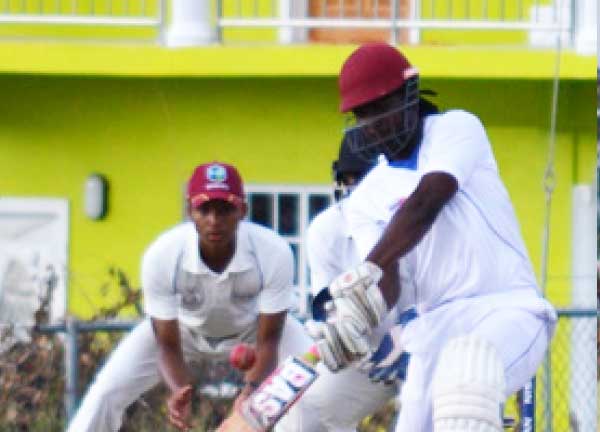 Gros Islet in reply led by a brilliant half century from Dane Edward made 284 all out in 64.1 overs.

With a deficit on 1st innings of 91 runs, Central Castries batting a 2nd time was bowled out for 177 in 38.5 over with Jamaal James scoring 48, Keygan Arnold and Ackeem Auguste with 28 each and Jemmi Mauricette 22.

Doing the damage with the ball for Gros Islet were Tarryck Gabriel with 5 for 37 in 13 overs, his second consecutive 5 wicket haul in this year’s tournament; Lee Solomon with 2 for 16 in 3 overs, Udell Preville 2 for 31 in 9 overs and 1 wicket to Simeon Gerson.

Set a victory target of 87 in 12 mandatory overs in the last hour of the day’s play, Gros Islet led by Dane Edward with 31, Tarryck Gabriel 27 and Vernillius Gabriel 12 not out achieved victory, finishing on 87 for 3 in 11.2 overs.

At the Des Barra playing field, South Castries defeated Babonneau by an innings and 68 runs in the latest round of matches in the SLNCA 2 day competition.

Bowling for South Castries, Xavier Gabriel picked up 4 for 35 and Kester Charlemagne bagged 3 for 65.

Batting a second time and 178 runs deficit, Babonneau lost wickets at crucial intervals and were bowled out for 110 with Quain Henry the main stay at the wicket, he made 23.

Bowling for South Castries, Xavier Gabriel picked up 4 for 25, finishing with 8 for 60 in the match and Tonius Simon 3 for 22 to wrap things off.