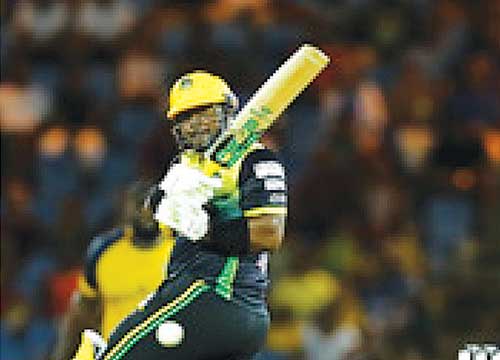 THINGS are starting to heat up ahead of the fourth edition of the SPL T20 cricket tournament scheduled to bowl off on Friday 15th May 2020 at the Phillip Marcellin Grounds in Vieux Fort.

The news coming from the organizers on Monday 2nd March indicated that the defending champions Choiseul Craftmasters, which is owned by the Choiseul Credit Union, has signed Barbados Tridents and former West Indian opening batsman Dwayne Smith for this year’s Tournament.

The VOICE spoke to CEO SPL T20, Hasan Eristhee about this latest development and this is what he had to say.

“In terms of Kesrick and Smith, they are two of the four overseas players with Andre Fletcher and Rakeem Cornwall, the other two. These players basically show what SPL is all about, it’s all development. They are not coming to the league for money, because there are other tournaments that are made for that. This league is for development not just for local players but regional players eventually”.

Eristhee added, “Those names coming in are just to show you they are willing to help the sport development moving forward. In terms of the four including Johnson Charles and Daren Sammy and our local players they have the interest of development at heart and they are showing they are willing to assist wherever possible and to develop their own cricket as well”.

He continued, “We expect it to be a very interesting tournament, the big names are there but we also expect the local players to continue making their names for their respective teams. We do expect this year to be a very exciting one, full of surprises”.

In terms of players and surprises, Eristhee said, “In terms of players, there are no more surprises, actually Sunday 1st March was the deadline for those who exercise their overseas players’ rights, we expect the teams to remain as is except for any changes before the tournament bowls off”.