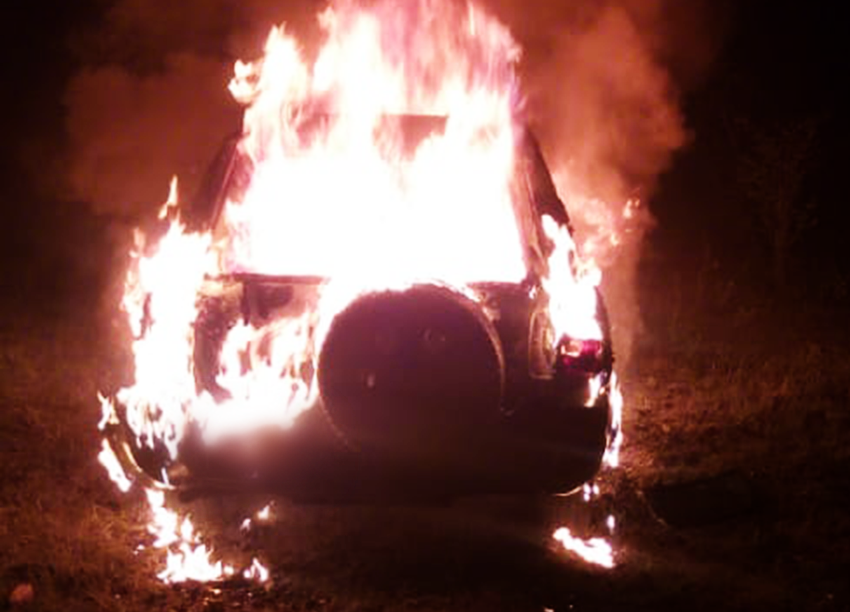 POLICE yesterday confirmed the charred remains of the individual found in the burnt-out vehicle near the entrance of Pigeon Island two Sundays ago as belonging to Kristel George, 30-year-old resident of Vieux Fort.

Kristel was also reported missing on the same day the burnt vehicle was found. Police immediately began investigating the matter as a homicide and promptly took one male into custody for questioning in relation to the incident. Mervin Jeremy Constantine, of Church Street Gros Islet, has been charged for causing the death of Kristel George, and is currently on remand until next Wednesday, 11th March.

There were wide spread speculations from some members of the public that the body in the burnt vehicle was that of Kristel on the supposition that the vehicle belonged to her. Amidst the speculation were criticisms of the police for not confirming at once the identity of the individual. Police Press Relations Officer, Ann Joseph, stressed on the need for caution and stated that the identity could not be confirmed without specific examinations. She also noted that the burnt-out vehicle was not registered in Kristel’s name.

Joseph said the results of the autopsy conducted on George will remain confidential until the conclusion of the court proceedings.

Police also confirmed the identity of the headless body which was found in Canelles, Vieux Fort on 19th February as belonging to 20-year-old Hensley Louis. The head and the torso were found in different locations. Eighteen year-old Marvin Dauphin, resident of Vieux Fort has been charged for causing Louis’ death. He has been taken to court and is currently on remand.

Eddy Augustin, 24 year-old resident of La Croix Mango, has been charged for causing the death of 48 year-old Nathalbert Alfred, also of La Croix Mango. Alfred was hit in the head by Augustin on the 24th of February about 12:30 p.m. Augustin was to be escorted to the first district court yesterday for his bail hearing. It was not known by press time whether bail was granted.

Thirty-two-year old Fannis Alcide, of Grace, Vieux Fort, was charged on 27th February for the stabbing death of 30-year-old Ellis Paul, also of Grace, Vieux Fort. The incident occurred on the St Jude Highway on 31st January, 2020. Alcide is on remand until his next court appearance which is scheduled for 30th May, 2020.

Police Officers attached to the Criminal Investigation Department CID in Castries responded to reports of a shooting in Labayee, Bexon, on Friday night. Dead as a result is 37-year-old Thomas Aston Lawrence of Aux Lyon, Dennery.

“From all indications, it appears to be a drive-by shooting. However we cannot give too much information as it relates to the circumstances surrounding that incident,” the Press Relations Officer remarked. The post mortem examination is scheduled for today. She said that no one as yet has been taken into custody in relation to this matter.