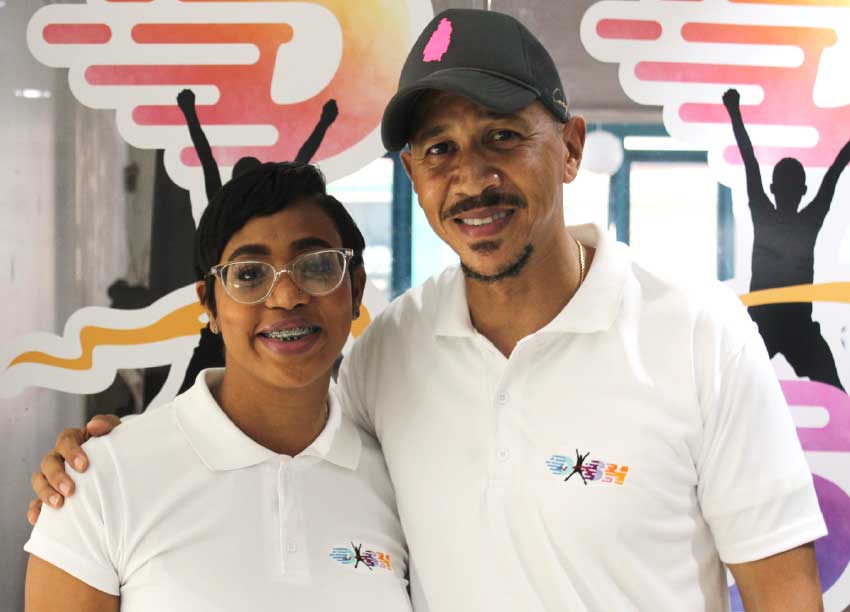 SEVEN days after Saint Lucians would have celebrated their 41 Independence on 22 February, a colourful event will be staged that promises a certain type of fun and excitement not captured in any of the events slated for this year’s independence celebrations.

That event is called “Dash – The Independence Colour Run” which is an un-timed race in which participants, or “DASHERS”, move through powder zones of Saint Lucia’s national colours of Cerulean Blue, White, Black and Gold.

The event, now in its sixth year, keeps growing in participation and popularity and from starting out as a fun event it has grown in a philanthropic way in that part of its proceeds each year now goes to a charity, foundation or group in need of funds for the development of young people in body, spirit and mind.

This year’s humanitarian act goes to the Junior Achievers programme which is all about helping young people become achievers in various endeavours.

As explained by directors Aberra Larcher and Robberta Rose the inspiration behind the event comes from the Holi Festival, which is a popular Hindu festival, originating from the Indian subcontinent and celebrated predominantly in India. The festival has spread to other areas of Asia and certain parts of the Western world.

The festival signifies the arrival of spring, the end of winter, the blossoming of love, and for many a festive day to meet others, play and laugh, forget and forgive, and repair broken relationships.

According to the directors the festival is one of love of colours that signifies the victory of superior over immoral.

“We decided to merge this concept with a fun walk/ run and then season with true West Indian flare. Its youth, family oriented. It was adapted to be part of Saint Lucia’s Independence,” Rose said.

The festival is now envisaged as the one staple activity on the Saint Lucia Independence calendar that anyone and everyone could participate in to celebrate the country’s independence anniversary.

Larcher and Rose claimed that the vision was to develop a stress less experience that evoked organic happiness with an aim to heighten love of country, health, diversity, togetherness and very importantly raising awareness for the underrated whilst giving back to the community.

One of the event’s sponsors, Saint Lucia Electricity Services (LUCELEC) is impressed with what the event’s directors had done with it over its sixth-year history.

Carmi Joseph of LUCELEC welcomes DASH’s ability to act as a catalyst to inspire individuals to have fun together in a healthy and wholesome way.

“One of the things we like about DASH is the fact that it gets young people involved in independence activities. We love the idea of mirroring our independence with the youth,” Joseph said.

Proceeds from the 1st march, 2020 event will go towards an innovation Camp that supports 250 students organized by Junior Achievers. That camp will be tackling social and economic challenges.