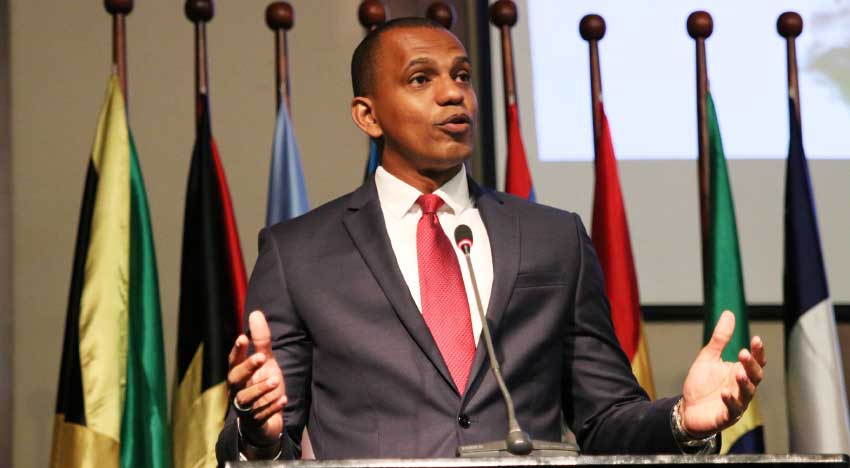 The programme – the CARIFORUM-European Union Economic Partnership Agreement (EPA) and the CARICOM Single Market and Economy (CSME) Standby Facility for Capacity Building – will be financed by the 11th European Development Fund (EDF) and administered by CDB.

Speaking at the launch in St John’s, Antigua and Barbuda’s Minister of Foreign Affairs, Trade and Immigration, the Honourable E.P. Chet Greene, welcomed the Standby Facility, noting that “as small developing States, there is a need for us to become more economically resilient.”

“I take pleasure in congratulating the EU for providing these resources … aimed at addressing our trade-related challenges and constraints,” added Minister Greene.

Through this programme, CDB will select and fund projects to build capacity in the public and private sectors so that Caribbean businesses can take full advantage of the EPA and CSME agreements, and trade successfully in the EU and throughout CARIFORUM.

“These funds have the potential to facilitate significant progress in improving intra-regional trade and making it easier for our private sector, especially MSMEs, to access international markets,” he emphasised.

Trade Policy Manager with the EU Delegation, Adam Wisniewski, acknowledged that “many have asked questions about the effectiveness of the EPA signed more than 10 years ago and the real pace of the CSME implementation.”

He continued that the programme was designed to help the Region overcome some of the challenges that have slowed full implementation of the EPA and CSME, including strengthening capacity, legislative drafting and support of the CSME focal points.

“These Standby Facilities are designed to address some of these challenges. [They] were created out of a need for a flexible and rapid mechanism to provide capacity building to CARICOM and CARIFORUM Member States,” stated Wisniewski.

Deputy Programme Manager at the CARIFORUM Directorate, Karen Dhani-Coonjah highlighted the opportunities ahead if the Region could overcome these challenges through programmes such as the Standby Facility, stating:

“It is well recognised and documented that the key to unlocking the trade potential between CARIFORUM and the EU will be a sustained effort to improve trade facilitation at the national level.”

This is the second iteration of the programme managed by the Bank, which oversaw the previous facility between 2012 and 2018 under the 10th EDF and which funded nearly 30 projects in the agriculture, food processing and manufacturing industries, among others.

Projects under the previous facility included one to support the accreditation of the Belize Citrus Growers Association Laboratory and another to improve the Bureau of Standards of Jamaica Packaging Laboratory.