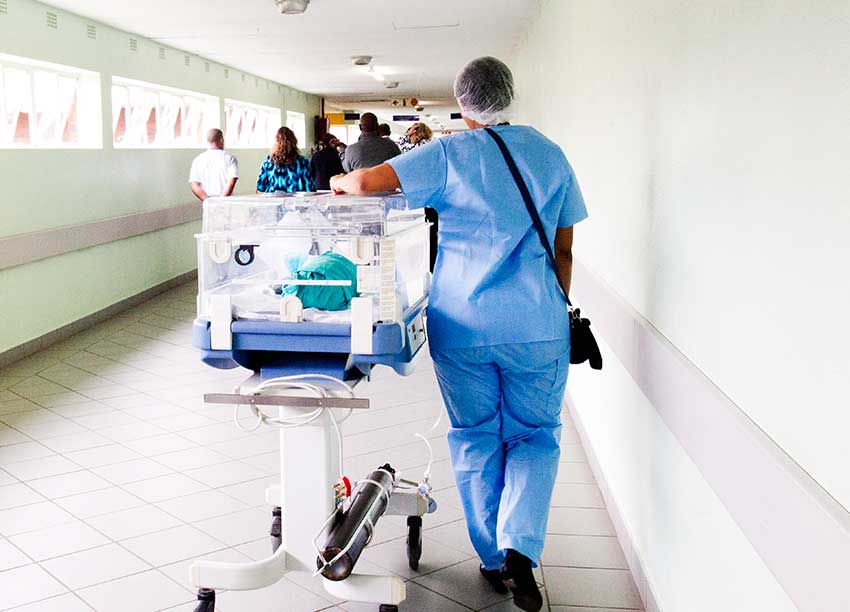 THE National Health Insurance initiative being pursued by government has received an important endorsement from the Eastern Caribbean Central Bank (ECCB). However, it’s an authorization that comes with a caution.

The bank, in the person of its governor, Timothy Antoine called for a lean administrative arrangement for the initiative. He further called for the promotion of a strong primary health care in order to reduce its cost.

“A key issue that the government is pursuing that we support and we support it for all the countries of the ECCU is trying to institute universal health insurance. This is something that would greatly assist in reducing the cost of providing for health coverage for many families and poor persons. We believe that if that comes onstream it would greatly reduce the burdens that are placed on persons, and free up resources for other things,” said Leon Buller, Economist at the ECCB responsible for Saint Lucia.

Governor Timothy Antoine reiterated by stating that the ECCB is supportive of government’s efforts to bring onstream a national health insurance however warned against the expensive nature of the exercise.

“In terms of moving forward with national health insurance it is very important to continue to promote a very strong primary healthcare which is prevention, healthy and active lifestyles. We want quality healthcare and we want to see a national health insurance programme but we also have a word of caution: governments must work with citizens to ensure the promotion of primary health care. That will reduce the impact on the fiscal accounts,” Antoine said.

“We believe it is very important to have a very lean administrative arrangement, that is to say avoid building up a large bureaucracy to manage the National Health Insurance. That in itself is a cost,” he warned.

Such a programme has been implemented in countries like the Turks and Caicos Islands and the British Virgin Islands. Antoine reminded that maintaining and sustaining the programme in these countries poses a serious challenge and is costly as well.

“What we found when we looked around the region (at countries with national health insurance), the secondary healthcare and tertiary health care – that is where people are hospitalized, where people need advanced procedures are extremely expensive and difficult for the state to manage,” Antoine said.

The ECCB’s governor recommended a separation of the National Insurance Corporation and a National Health Insurance programme, saying that both have to be separately funded, however there could be one administrative platform for both instead of creating an additional bureaucracy.

“We recommend that efforts be made to set standards for healthcare providers and we believe that this is potentially a regional approach. As people are delivering health services under health insurance you need to make sure that whoever is providing are operating at a certain standard. That is important to make sure that you do not compromise the quality of the care,” Antoine said.

Prime Minister Allen Chastanet, in his New Year message two weeks ago said the biggest deficiency in the country’s healthcare system is the tens of thousands of Saint Lucians who are unable to afford healthcare.

Chastanet said that in this year’s budget address he will expand on his plans for a National Health Insurance programme.

“We aim to ensure that all Saint Lucians have insurance and government will cover the vulnerable, elderly and unemployed,” Chastanet said.