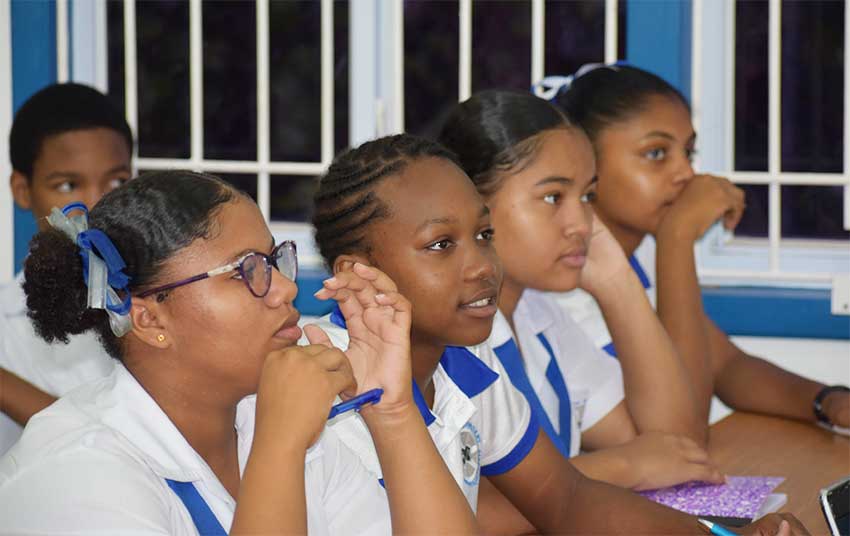 The accountants who visited the schools were Shona Joseph and Dilan Biscette. According to Miss Joseph, “The whole objective of this activity is to educate students and young people on cyber security and online safety.” She said secondary schools in the other Caribbean islands are also participating in the Cyber Security Educational sessions hosted by KPMG. Topics covered by the KPMG professionals included the Protection of Online identity by using smart phones wisely, protection against Cyber Attacks, and the ‘do’s and don’ts of social media’.

As for the motivation behind this educational initiative of KPMG, Miss Joseph stated, “We are committed to improving the society and communities in which we live and work, and this forms part of our core values at KPMG.” Students of the Corinth Secondary School were very interactive during the sessions. They expressed amazement at the many ways that cyber attacks can be made against them and their devices. Shona and Dilan educated students on methods to remove unwanted ads and pop-ups, and shared other useful tips and tricks.

Some of the students admitted to being victims of cyber-attacks as they recounted falling prey to the enticing pop-up ads used by cyber attackers. Shona said that the youth are most vulnerable to cyber attacks and that it was critical to educate them of the dangers of the internet as early as possible. Every student who participated in the session was also on social media, which places them at even greater risks in terms of cyber attacks. Shona and Dilan both shared that they are hopeful that everyone who accesses the internet will become more aware of the importance of cyber security.