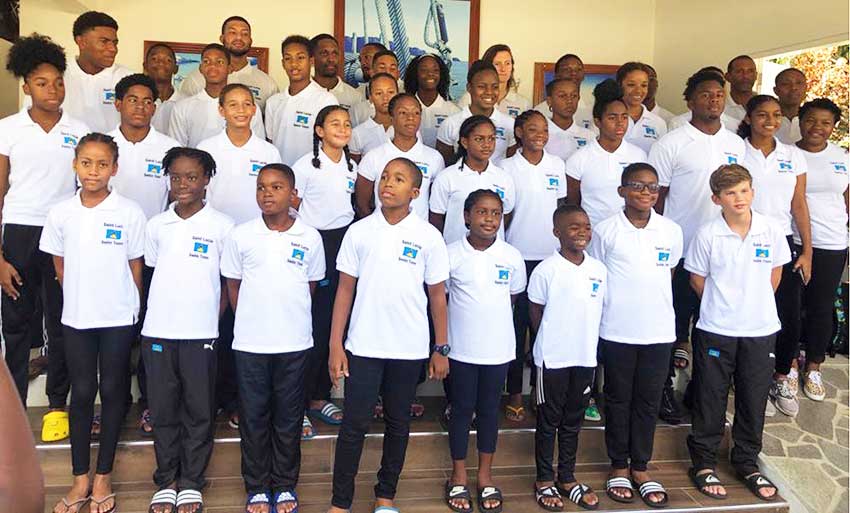 IT’S day two of the 29th edition of the Organization of Eastern Caribbean States (OECS) Swimming Championship currently taking place at the Shrewsbury Aquatic Centre in Saint Vincent and the Grenadines, and by all accounts Saint Lucia’s 34 member team is all set to give it their best shot for the remaining two days of competition as they look to dethrone defending champions Grenada.

The participating teams are Antigua and Barbuda, St Kitts and Nevis, Grenada, Saint Lucia, Martinique and host St Vincent and the Grenadines.

Defending champion Grenada is looking to make it their 4th consecutive win. In terms of championship wins, they lead Saint Lucia by two, 15-13.

The championship resumes at 10.00 a.m. today with the 200 metres freestyle. Starting Saint Lucia’s medal hunt in the Girls 9-10 age category are Alexandra Bristol, Hannah Christopher and Damari Maxwell. They will be followed by Boys 9-10 age group, Antoine Destang, Leo Gilmore and D’Andre Vigier.

The final day of competition will start tomorrow from 10.00 a.m.