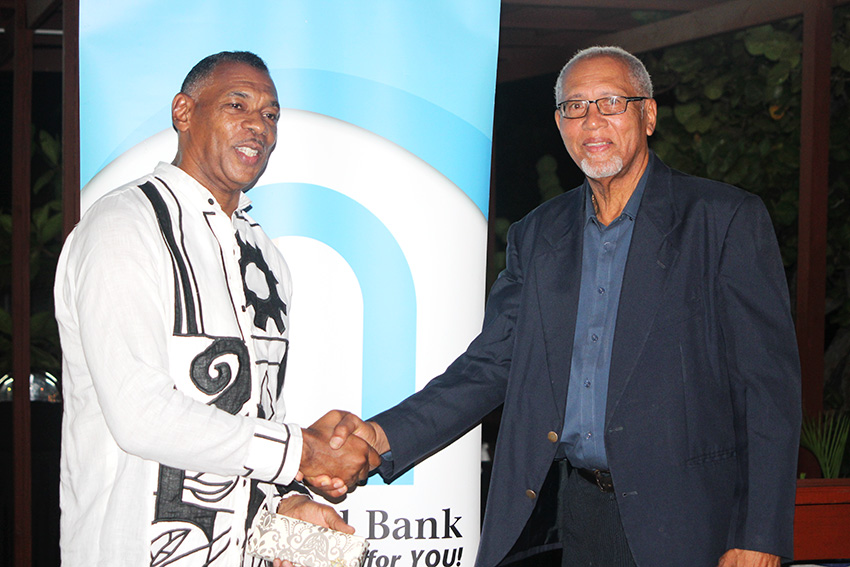 THE 1st National Bank Saint Lucia Limited, Wednesday night, bade farewell to two of their directors in a tribute that glowed with heartfelt gratitude, admiration and respect.

Johnson Cenac and Adrian Augier, directors whom over the years helped in steering the bank out of threatening and treacherous financial waters and into calmer ones retired, much to the chagrin of some of their colleagues at the institution.

But for the two, it was time to step aside, satisfied that their work was done and an opportunity presented to others to keep the flag of the local bank flying to higher heights.

For Augier who served from 2012, “it was time to make space for other people to come and bat.”

He took time to thank those who allowed him the honour of serving the bank, saying while he believed in 1st National it needs to evolve as a financial institution.

Cenac, too, thanked all who gave him the opportunity to serve the bank for the 11 years he devoted to it and for the learning experience. He hinted at feeling a sense of pride at having a hand in bringing the bank to the position it is today, which has been described as good moving towards greater.

Nigel Fulgence, the bank’s Chairman, heaped as much accolades on the departing directors as he could that Wednesday night at the Bay Gardens Beach Resort telling them they are part of the bank’s history.

“It certainly is delightful and gives me immense pleasure for the 1st National family to acknowledge director Cenac and director Augier for their valuable contribution, commitment and most importantly the personal sacrifice they both made to serve the 1st National Bank,” Fulgence said.

According to Fulgence, the contributions of the retired directors and courageous decisions they made were critical and important during the bank’s transformative period.

“You both will be going down in the history books of the 1st National Bank as builders who contributed at a critical stage”, Fulgence said.

Managing Director Jonathan Johannes noted that in his two years employed at the bank, both Cenac and Augier made valuable contributions in decision making, moving the organization and in helping him deal with managing interactions with the Board.

“I will be forever grateful. I think 1st National has lost two stalwarts but our business will continue. We will never forget you so whenever we need to bounce an idea or get some guidance or some wise counsel we will be calling on both of you gentlemen. Everything we have achieved has your stamp all over it. All what you have done for the bank has brought us back to the pinnacle of business in Saint Lucia. As you move on, the entire 1st National family wishes you well and we will always be here for you,” Johannes said.

BRENDA Floissac -Fleming, the bank’s Second Vice President spoke of the difference Augier made during his time at the bank.

“When Adrian attended to the work of the bank, he was bold and candid. He believed in best practices and strived to ensure that the bank upheld these ideals. Even during his stint on the Finance, Planning and Investment Committee, Adrian urged the bank to look at new avenues of investments so as to ensure the bank’s growth and profitability while managing the risk of these new investments,” Floissac -Fleming said, adding that “he was meticulous”.

She spoke of Cenac analytical skills and his readiness to embrace change and innovation at the bank.

“He was ready to embrace that change and do whatsoever was required. I used to watch in awe as Johnson prepared for every meeting. He would resort to these meticulous notes of his and he could not falter, his notes saved him. He was always generous with his time and talent. He never asked what is in it for me instead said yes, I can,” Floissac -Fleming said. 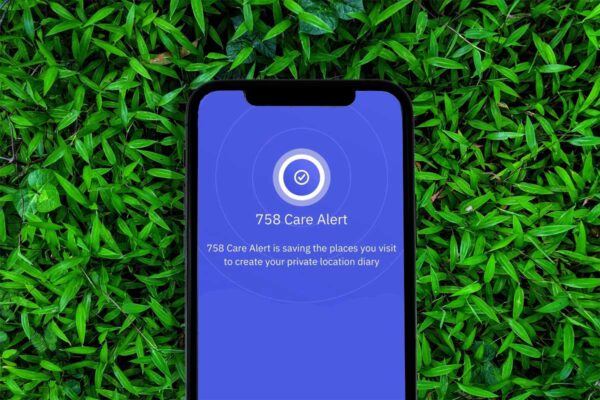