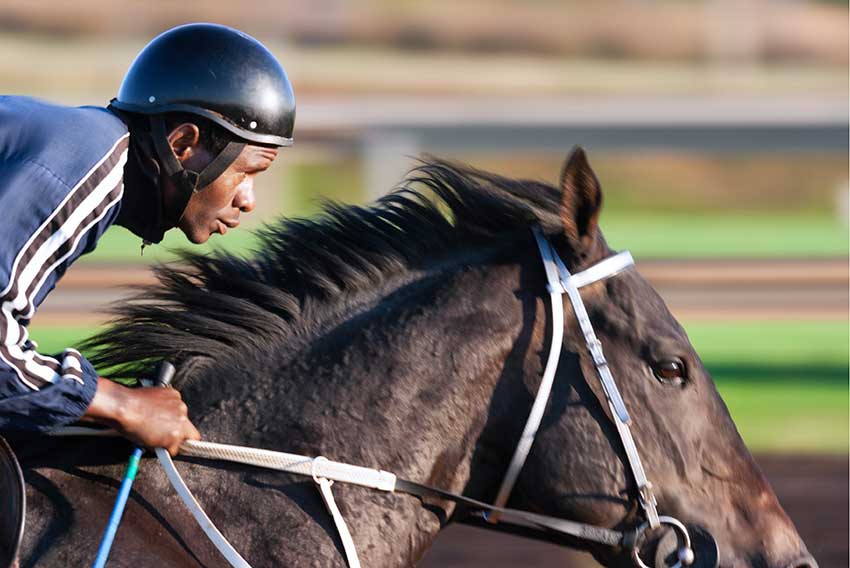 SOMETHING is happening in Vieux Fort that could transform that part of the inland into the tourism mecca of the country – that is unless any unwanted interruption brings to a screeching halt the proceedings already underway.

First there is the horse racing track, which will be managed by the Royal Saint Lucia Turf Club (RSLTC), a subsidiary of China Horse Racing Club. The RSLTC is said to have employees with the particular skills necessary to manage the new horse racing industry and care for the horses and the facilities.

“It is within our mind-set to provide the best facilities for Saint Lucia. We want something that is appealing, something with longevity to it,” said Eden Harrington, Director of the RSLTC.

A controversial project from the start, the US$30 million facility, and counting, according to its investor Teo Ah Khing the main principal of the company Desert Star Holding (DSH) Limited, is now near completion and will be holding its first race on December 13th , 2019.

The facility, equipped with over 100 barns/stables and two types of tracks – a dirt track and a grass (turf) track, which will come into effect later on, is being advertised as one of international standard, worthy of attracting the cream of the world’s horse racing fraternity.

While this is all in the future, at home questions abound regarding regulations to ensure that performance enhancing drugs do not become part of the horse racing culture in Saint Lucia and whether Saint Lucia, at any one time would acquire the facility, which both Prime Minister Allen Chastanet and Khing have admitted is not profit making but rather a catalyst for drawing investment/investors of the highest order into Saint Lucia.

Harrington put questions about performance enhancing drugs to rest by stating that horses will be independently tested, samples will be attended to and tested and every horse will be liable to be tested as the integrity of the sport and the new industry trying to steady itself are essential to the country. Further, with the facility being of a superior class to most, if not all horse racing tracks in the region, it is paramount that all international standards are met.

Regarding questions about the facility being owned by Saint Lucia at any point in time PM Chastanet, in an exclusive with The VOICE said he is hoping this is not the case “because at the end of the day we are not in the horse racing business” and “certainly this is not the intention.”

“The intention here was to be a JV partner with them on the horse racing track because the horse racing track will bring benefits to the developer as well as to the state. We are looking at different mechanisms in terms of how we can do that,” Chastanet said, adding that they are looking at a multitude of different options in terms of how to make sure the track remains operational. The track, he reiterated, will remain in DSH possession.

The intention, as noted by the prime minister, is to make the new horse racing industry big business in Saint Lucia. It was towards this end that legislation pertaining to betting was recently passed in parliament. Now armed with a betting/wagering act, Saint Lucia could now jostle for a slice of the global horse racing industry and generate revenues that could go toward development of various aspects of the new frontier, as Vieux Fort is being called, or the country as a whole.

Though not fully completed and with the first race 47 or so days away, the facility is already being touted as a God send because of the jobs it has already provided for young men and women in that part of the island. And with the promise to hire more Saint Lucians on race day, the intention of the RSLTC, as noted by Harrington, is to ensure that Saint Lucians participate in all levels within the sport.

This means filling in roles as jockeys, trainers, veterinarians, etc.

“There will be opportunities for Saint Lucians,” Harrington affirmed.

But this is not all that is happening or will be happening in Vieux Fort as stated by PM Chastanet. Noting that government had signed a Memorandum of Understanding with Carnival Corporation and Royal Caribbean Cruises to form a joint venture to manage the existing cruise pier and terminal facilities in Saint Lucia and to design, construct and operate a new cruise port in Vieux Fort, Chastanet informed that home porting is the way to go. This means that the cruise would begin in Saint Lucia, something that would increase the number of visitors to Vieux Fort significantly.

As it stands, the location for the home port is not yet a done deal as two sites are being viewed, one being the Il Pirata site and the existing old port in the town. A determination will soon be made regarding the most suitable site for the Vieux Fort cruise port.

The prime minister conceded that the pier at the old port had reached its life span therefore the goal is to break it down and build a new pier on a deal with the cruise ships. With regards to the Il Pirata site, the sale of that land is in process, as noted by the prime minister.

Also in Vieux Fort, there is the fixed base operation being built for private planes which is expected to be open for the 13 December race as wealthy investors are expected to descend on Saint Lucia for that occasion.

The prime minister is also hoping that with all that is happening in Vieux Fort and the future plans for the area’s development that Saint Lucians would rally around not just the horse racing track but other projects earmarked for the area.

He said a lot of disinformation has been circulating about the plans for Vieux Fort, however now that there is irrefutable proof of a horse race track of international standard on the island he hopes Saint Lucians would now buy into the project that would develop the southern part of the island to what it should be.