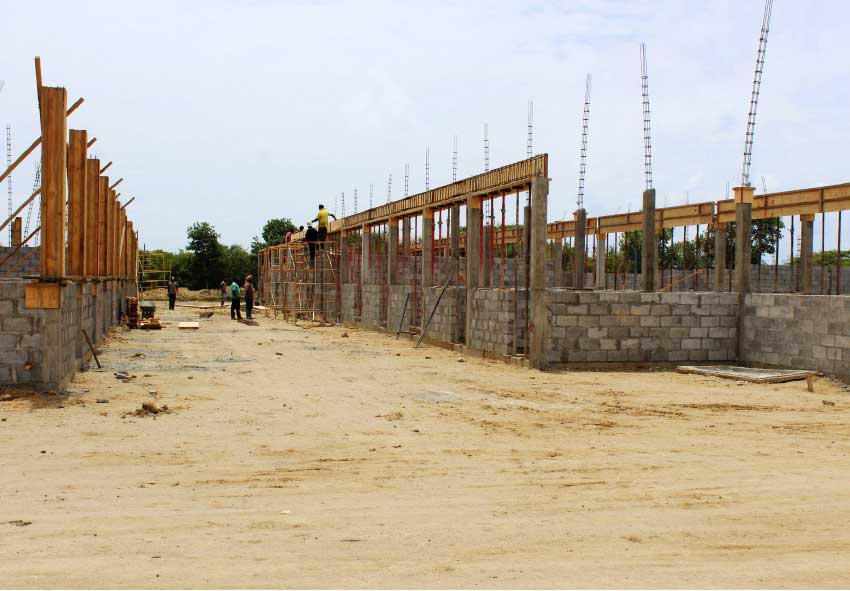 THE 40 thoroughbred horses that arrived in Saint Lucia last Saturday for the planned December 13th race and are housed at the newly built horse racing facility in Beausejour, Vieux Fort were not purchased by the Government of Saint Lucia.

This much was revealed yesterday at a government press briefing facilitated by Nicole McDonald, Senior Communications Officer, Office of the Prime Minister.

McDonald, in a statement clarified government’s involvement in the race track, stating that the Government of Saint Lucia had not purchased or facilitated the purchase of any horses for the race.

She expounded on Saint Lucia’s preparation in capturing the regional and international spotlight as the island makes its debut into the equine industry with The Pitons Cup scheduled for Friday 13th December (National Day).

“For the first time ever our island will debut an international race track located in Vieux Fort and built by the Desert Star Holdings Company. So far the track employs over 50 groomsmen and that is not counting the number who are employed in the construction phase. There have also been several other positions advertised in the weekend papers.

“The investor has also trained several young Saint Lucians to work at the track under the Winston Trim Training Programme which was named in honour of the late Winston Trim, who passed away in 2017 and as many of you know, had an unwavering passion for several years for this project,” Mc Donald said.

She further noted that despite the progress made with the horse track and the nearness in hosting the country’s first race, there continues to be a concerted effort by some who attempt to somehow tarnish this achievement by continuing to spread lies.

“Permit me to also state the following facts: The government’s involvement in this project (horse track) so far has been the relocation of the Meat Processing Facility. A new location has been identified and the investor has committed to rebuilding the facility,” McDonald said.

She added that the Government of Saint Lucia is in discussions to potentially become a sponsor of the race as follows: Events Saint Lucia is expected to assist with the promotion of the event and the planning of a concert in Vieux Fort. Additionally, the Saint Lucia Tourism Authority will be engaged with promoting Saint Lucia’s new offering as a destination that also offers sporting activities such as horse racing.

“Saint Lucia, as we get set to have the international spotlight on our country and welcome regional and international visitors, let us not be side-tracked by mistruths and continue in the vein of our 40th Independence celebrations and celebrate our achievements,” was McDonald’s encouragement to the population.

Nancy Charles, Director of Implementation in the Office of the Prime Minister said the horse track investor spent an estimated US$30 million on the project. That money went into the construction of several things including the track and amenities around the facility including the stables. Charles said the stables are split into two facilities namely a quarantine facility and a regular facility.