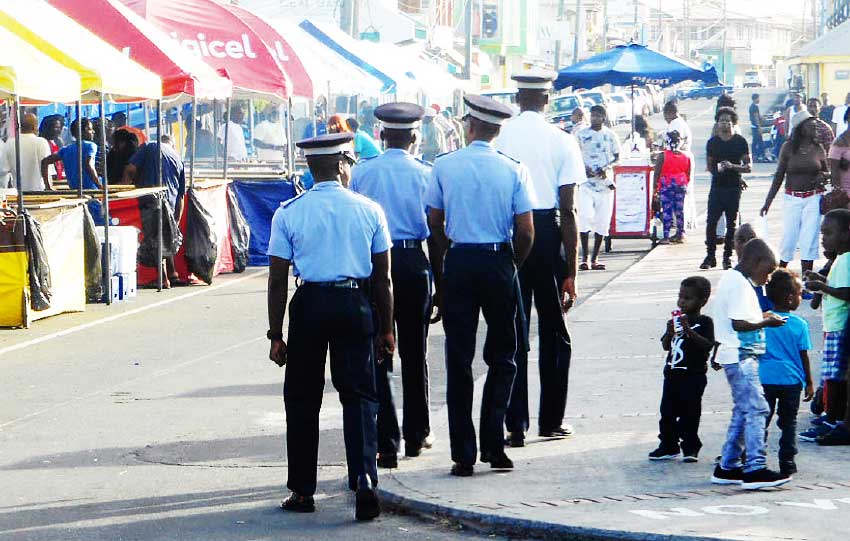 Signing the collective agreement on employees’ behalf yesterday at the Labour Department was the Saint Lucia Civil Service Association.

The agreement signed underscored the Association’s desire to deal efficiently with its duties to its members, who will meet next Thursday to discuss some outstanding matters, including matters that came up during negotiations with government, although these negotiations are concluded.

One of the few issues not dealt with at negotiations that led to the signing of the collective agreement between government and the CSA is the travelling and subsistence issue which came with a request for duty free vehicles for travelling officers. The Government Negotiating Team had diverted this issue to another forum and another time, hence the reason the subject was not discussed at negotiations dealing with the collective agreement.

CSA’s general membership will meet next Thursday at their headquarters in San Souci at an extra-ordinary meeting to address this and other matters, including the transition to the Millennium Heights Medical Complex.

According to Claude Paul, General Secretary of the CSA, proposed changes to the Millennium Heights Medical Complex Act were indicated at a recent meeting with personnel of the Ministry of Health.

“Having attended the meeting we gave them some feedback, which were our impressions of what we felt about these amendments. It seems that government is finally getting ready to make that move so we have to convey that to our membership,” Paul said.

He added that before members commit themselves to signing a particular document in relation to the transition, they would have to be advised, something which will take place at Thursday’s meeting.

The CSA executive will meet with staff of Victoria Hospital before Thursday to update them on the latest developments regarding the transition to the Millennium Heights Medical Complex.

Another matter that CSA members would be mulling over come Thursday is the decision of the Labour Tribunal with regards to the way forward with LUCELEC.

The CSA and the island’s sole electricity company have been at loggerheads for quite some time over whether the latter’s grade structure should be inserted in the collective agreement between employees and employer.

Another talking point for Thursday’s meeting is government’s contribution to the education and health portfolios of the CSA. Paul explained that government’s financial contribution to the health and education of CSA members, who are employees of the government, was part of the collective agreement over the years which started but discontinued leaving an outstanding amount due to the CSA.

“We are in dialogue with the Ministry of Finance at the moment to try to bring an end to that,” Paul said. “We are positive something will happen based on the meetings we’ve had.”