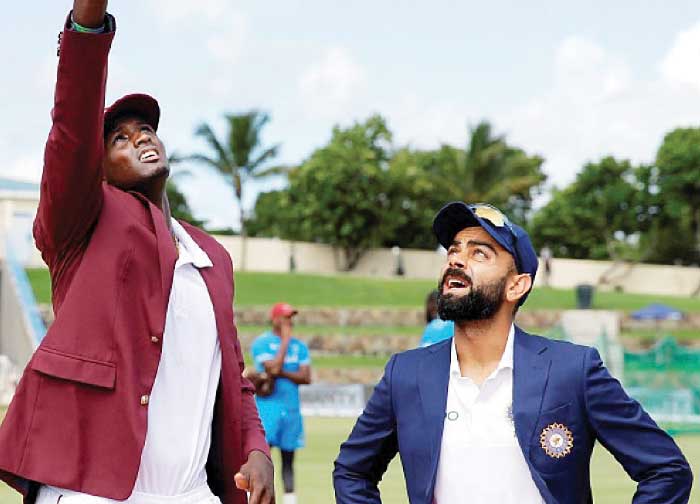 THE Jason Holder led West Indies team will want to erase the memories of the last Test they played at the Sir Vivian Richard Cricket Ground where India won by 318 runs to take a 1-0 lead in the two match series.

The home team with their backs against the wall will want to pull out all stops to win the game and claim 60 points or at least draw the game at Sabina Park and collect 20 points to kick off their campaign in the ICC World Test Championship (WTC).

This is the first of six Test series the West Indies will play; the new two Test Championship is to find the best team in the World.

By all reports, Paul has recovered from an ankle injury and will replace Barbados fast bowler Miguel Cummins. In the first Test in Antigua, Cummings went wicketless after bowling 20 overs in the match for 69 runs. He has played 14 Test matches picking up 27 wickets at an average of 40.14.

Wicket-keeper Jahmar Hamilton will remain with the squad.

Wicket keeper/batsman, Shane Dowrich has returned to his native Barbados to continue his rehabilitation, after being ruled out of the Series with an ankle injury.