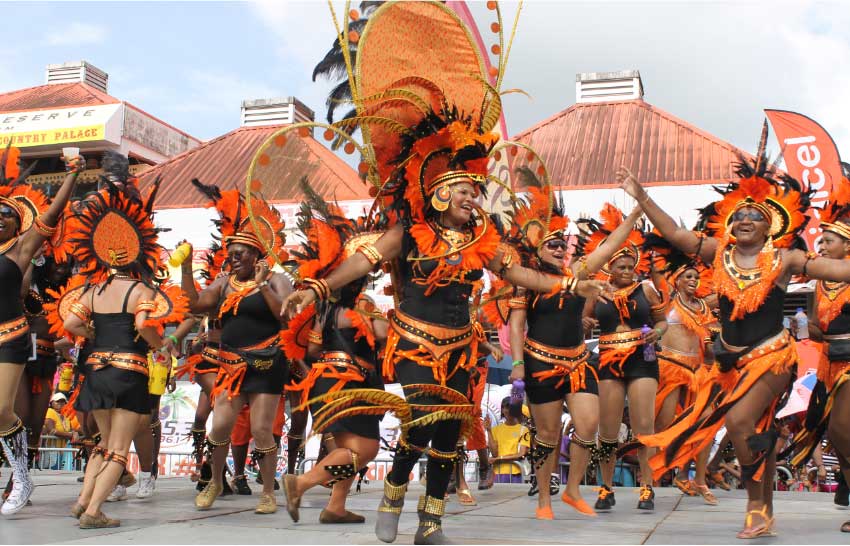 WITH the passage of July, it would seem that this year’s carnival has come and gone, but not so with a now extended carnival calendar. Gros Islet carnival is usually one of the last events of the season, but this year, almost midway through August, there are still at least three more major events on the official carnival calendar. These include J’Ouvert and Parade events in Mabouya Valley, and a Lime Jam in Vieux Fort.

Nonetheless, now that the carnival fervor has been somewhat toned down, it is an opportune time to discuss some of the highlights of this year’s season. There was good music; particularly the captivating fusions of Dennery segment and Soca, new bands left a solid mark, and generally there were more fringe events than has ever been seen, possibly in the history of Saint Lucia carnival. Amid all the excitement and after the fact came the criticisms, particularly that of excessive nudity of carnival revelers and sideliners.

This topic is not new; one way or the other, it comes up every year. This year however, because of extremes as witnessed on the road (and off, via viral social media posts) organizers felt the need to speak out about it, contemplating how best to deal with the issue in the future.

For the most part, revelers did not seem to care. The people who cared the most about who wore what, and who didn’t were as usual, the ones watching from the sidelines. As such, spectators had lots of questions, most of which were along the lines of, ‘what has become of carnival?’ an event that is largely promoted as cultural celebration, or a fete of freedom that typically features artistic, daring, and sometimes downright terrifying portrayals, backed up by the best of Saint Lucian soca and calypso.

On the topic of costumes (or the lack thereof) considered too scandalous, the real question that should be asked is: Is it entirely possible to dictate to a person who is paying their money for a carnival costume how much skin they’re allowed to show, and if that were in fact possible, why hasn’t what obtains on the road every year when carnival comes around, reflect the successes of those discussions?

The answer to that question easily has to do with the diversity of the shapes and sizes fitting into tiny carnival costumes, and generally individual moral values and tastes. While it may be possible to urge people to carry themselves with a certain level of decency at carnival time, laws to do with indecent exposure that are enforced in this country have less to do with scandalous carnival costumes, and more with the exposure of genital organs in any public place or within view of the public, according to Chapter 1 of the Saint Lucia Criminal Code, which more or less suggests that unless someone is walking around buck naked during carnival, we really are spinning our wheels where this conversation is concerned.

Despite all of this, one thing is certain; there is a very thin line between public decency, and complete and unacceptable vulgarity. That thin line may in the future need to be illuminated, for the sake of those who care to trend carefully to avoid being locked up all in the name of Caribbean bacchanal.

The carnival decency conversation is certainly worth exploring further, as Saint Lucia’s carnival product continues to grow, and the island attracts more and more visitors to its shores annually. Share your thoughts on this topic, by emailing editor@thevoiceslu.com.