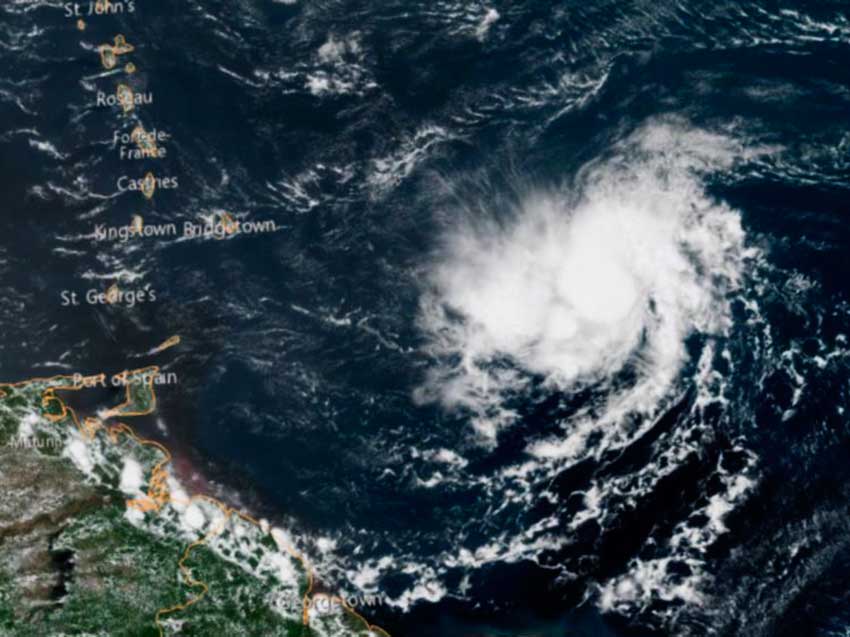 The decision was made at a pre-strike meeting of the National Emergency Management Advisory Committee (NEMAC), in preparation for Tropical Storm Dorian.

Tropical Storm Dorian has intensified with maximum sustained winds near 60 mph or 95 km/h, and higher gusts. The island is expecting as much as 10 inches of rain in some areas, and hurricane force winds. The eye of the storm is predicted to pass south of the island at 2 a.m. on Tuesday. It is expected that the island will begin to feel the effects of the storm early this evening. Saint Lucia was placed under a hurricane watch as of 11 a.m. today.

By Wednesday, the storm system will move into the Caribbean Sea with areas or cloudiness and thunderstorms still affecting Saint Lucia.

Saint Lucia will remain under national shutdown until the ALL CLEAR has been given by NEMO, following assessments of first responders.

The public is reminded that the National Emergency Management Organization (NEMO) is the ONLY official source for all communication. The public is also asked to listen for official announcements for further information on the resumption of business following the storm.