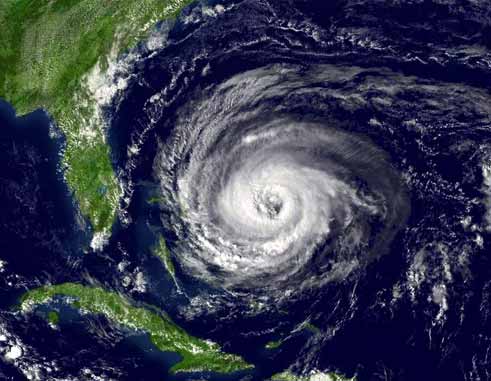 CCRIF has launched a web-based platform through which its members can monitor earthquakes as well as the development of potentially damaging heavy rainfall and tropical cyclones, analyze their intensity and assess their impact, as well as check whether an active insurance policy with CCRIF is likely to be triggered.

Current users have been making use of these tools from over the weekend to monitor Tropical Storm Dorian which passed by Barbados late Monday August 26, 2019.

The first three tools monitor actual data, while the Real-Time Forecasting System shows the expected future development of active tropical cyclones. Therefore, the data displayed in the RTFS are in reference to forecasts and weather model predictions and policymakers and disaster risk managers can use the information provided by the RTFS component to assist with contingency planning by providing a preview of what might happen if a given storm continues along a projected path, and activate appropriate contingency plans based on this insight; shelter management by identifying impact areas and shelter locations to support shelter allocation decisions and determining emergency interventions by identifying areas where populations are at risk so that decision makers can issue warnings and plan for assistance.

WeMAp is provided to users by CCRIF at no cost. It is expected that it would play a key role in enhancing the understanding and interpretation of CCRIF insurance policies and their associated outputs. In issuing the first set of user accounts for WeMAp, CCRIF CEO Isaac Anthony, commented, “I am very pleased that we are able to launch this tool which would add another layer of transparency in terms of the models used to underpin CCRIF’s policies, enabling members to see firsthand how the models work in the context of their policy parameters and an event happening on the ground”. He also pointed out that “WeMAp is among several initiatives that the Facility has been providing to build capacity among our 21 member governments in disaster risk management and financing.”

Additionally, CCRIF’s main clients, that is, member governments’ Ministries of Finance, have been granted special access to view the modelled loss values calculated by the model for their country for an active hazard event for which they have a CCRIF insurance policy and therefore would be able to compare the loss values of the event to their policy. In this way, they can determine if their CCRIF policy is likely to be triggered by the event.

The main users of WeMAp include finance officials, disaster and emergency managers and meteorological officers as well as regional and non-governmental organizations involved in natural hazard risk management such as the Caribbean Institute for Meteorology and Hydrology.  Humanitarian organizations can also access WeMAp. The information provided by the components of WeMAP can be used as triggers for preparedness and alert procedures by these organizations. The information provided through the tools is useful in informing decision making at such critical times to ensure public safety.

While some of the information displayed by WeMAp is publicly available and issued by third-party agencies (for example, the US National Oceanic and Atmospheric Administration – NOAA), several layers are generated by CCRIF’s risk models, i.e., the XSR model (for excess rainfall) and the SPHERA model (for tropical cyclones and earthquakes). WeMAp is based on Google’s API System and allows the display of the exposure and hazard maps over the entire domain covered by the XSR and SPHERA models, which includes the Caribbean, the Central America and part of South America.

During CCRIF’s 12 years in existence, the Facility has demonstrated that disaster risk insurance can effectively provide a level of financial protection for countries vulnerable to tropical cyclones, earthquakes and excess rainfall. Since its inception in 2007, CCRIF has made 38 payouts totalling US$139 million to 13 of its 21 member governments – all within 14 days of the event, which is a core value proposition of CCRIF – that is, to provide quick liquidity once a policy is triggered. Essentially, these payouts have supported governments to assist their populations after a natural disaster – communities, businesses and key sectors such as education and agriculture etc. A rough assessment of the direct beneficiaries of these payouts show that over 2.5 million persons in the Caribbean and Central America have benefitted from CCRIF payouts after a hazard event. Use of payouts over the years has included providing food, shelter and medicine for affected persons; stabilizing drinking water plants; providing building materials for persons to repair their homes; repairing critical infrastructure such as roads and bridges as a means of enabling movement and access in and out of communities; payment of government salaries for critical first responders, among others.

CCRIF invites its member countries to designate key officials to access the WeMAp tools. CCRIF encourages the inclusion of personnel from the national meteorological organizations and disaster management agencies – as well as ministries of finance. CCRIF also invites regional and international organizations to use this new application. Interested parties that would like access to WeMAp should contact CCRIF at pr@ccrif.org.