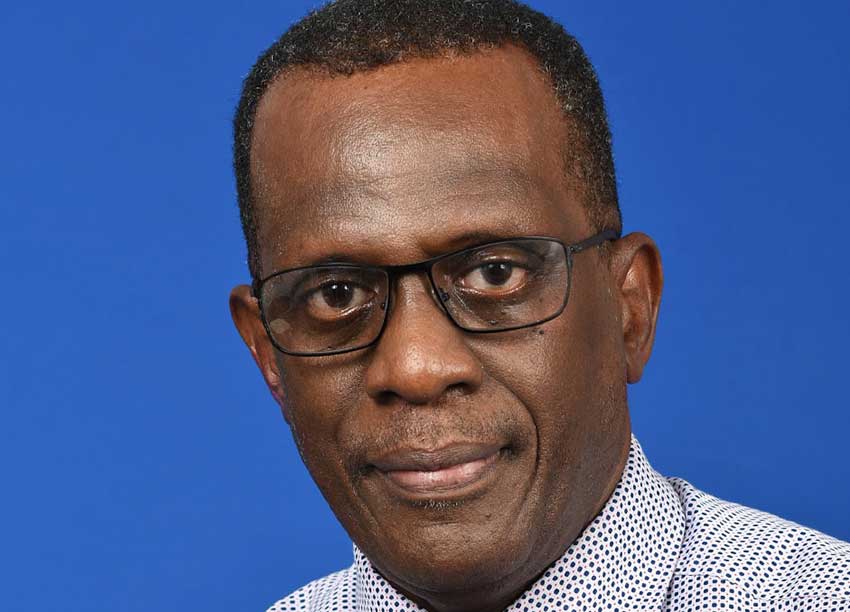 Philip J. Pierre holds the distinction of being, by far, one of the most loyal and faithful practitioners of the working class philosophy enshrined in the most sacred principles and tenets of the Saint Lucia Labour Party. Where others have come and gone – some of them never to return home to the Party of political Patriarch, Brother George Charles – Brother Philip J. Pierre has endured always, come hell or high water!

Pierre, the leader of the SLP since 2016, has been the Parliamentary Representative for Castries East since 1997, and he now holds the unique position of having won the Labour Party’s elections bid for that particular constituency, five times (1997, 2001, 2006, 2011, 2016). During that time, Pierre has served the government and people of Saint Lucia as a Minister in various portfolios. During two consecutive SLP administrations (1997-2001 and 2001-2006) he served as Minister of Tourism, Civil Aviation & Financial Services; and Minister of Commerce, International Financial Services and Consumer Affairs, respectively. Then during the SLP administration of 2011-2016, he served as deputy Prime Minister and Minster for Infrastructure, Port Services & Transport, and functioned as Acting Prime Minister on several occasions. During those stints as a Minister of government, Pierre served with distinction, drawing upon his training as an Economist, and an International Business Consultant, as well as his grass roots and localized knowledge and experience as a grounded representative of the people, and most notably, his penchant for acknowledging and quickly responding to communications from citizens, whether the high and mighty, or the most humble constituent and citizen. This rapid response quality is rare in most politicians, who tend, unfortunately, to quickly develop cocky and impatient attitudes in the halls of power. Philip J. Pierre is the envy of many politicians on that score!

His achievements in the halls of power have been several, but only two innovations will be detailed here as follows:

Pierre, during his stint as Minister of Tourism, believed that the benefits of tourism should accrue to as many people as possible and that the industry must also benefit the regular people in the community. Given that philosophy, he introduced Tourism Hostesses and Beach Rangers under the Parks and Beaches Commission in 1997/98 and 1999. The Tourism Hostesses operated at Pointe Seraphine, La Place Carenage and Soufriere, where they attended to various needs of tourists disembarking from cruise ships. The Beach Rangers operated on all the beaches from Vigie Peninsula to Rodney Bay, as well as in Soufriere. These measures resulted in an enhanced tourist satisfaction with Saint Lucia’s tourism product, including a sense of enhanced visitor safety and security. Simultaneously, this innovation served to enhance the SLP government’s social engineering strategy of tightening the social safety net through employment creation among unemployed and under-employed youth and adults.

What is most significant however, as far as this article is concerned, are Pierre’s attributes as a people’s representative, vis-a-vis his relationship with his Party. By 1996 he had already amassed over five years of experience as a very promising Labour candidate in Opposition, and nearly fifteen years as an SLP Member and activist, on the ground, and in the opposition wilderness of Saint Lucia. Philip has been shown to always strive to keep the Labour Party united and stable, as one of the most progressive political parties to date in the history of the political development of Saint Lucia.

All the above point to a fundamental observation about Philip J. Pierre, which, incidentally, was highlighted in a Timothy Poleon interview with Pierre some weeks ago, when the SLP parliamentarian expressed the view – in response to a direct question from Timothy – that he represented the “best prepared” Opposition Leader in the history of Saint Lucia, in terms of his preparedness to potentially assume the mantle of Prime Minister of Saint Lucia for the first time. With two years left to go until the next election, the race is certainly on!