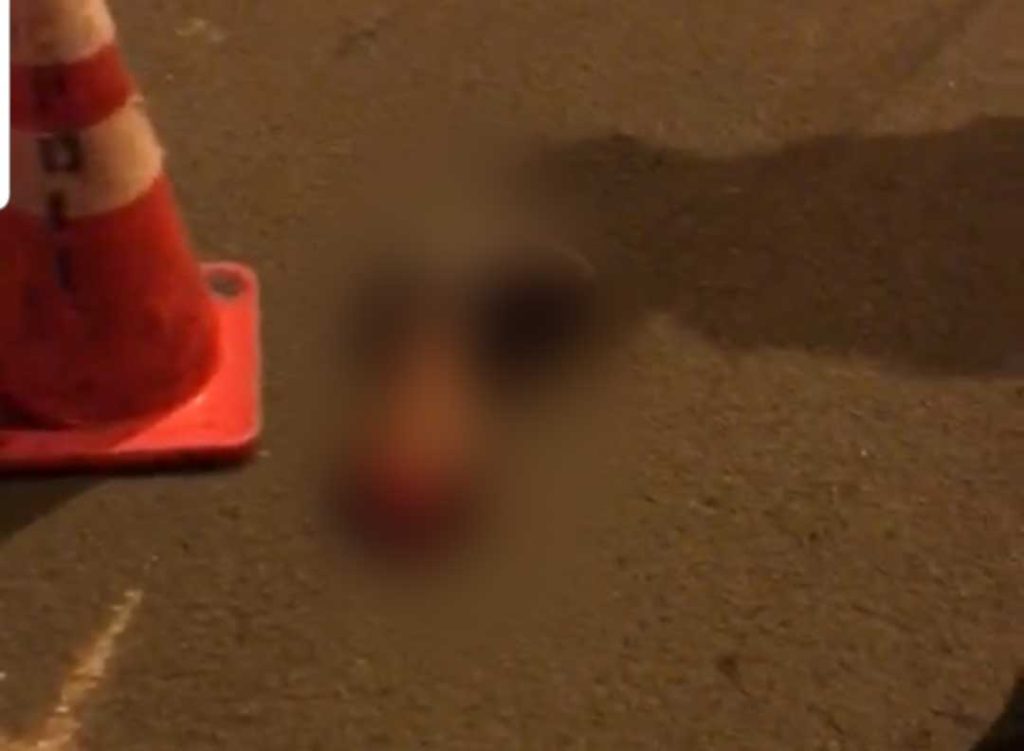 Agonizing cries from a female, possibly a relative for him (Ted) “to wake up” illustrated the pain and anguish of the island’s latest road accident. The gruesome accident on the Vide Boutielle highway left one man with a severed limb.

Emergency officials responding to a call of a vehicular accident on the highway in the early hours of the morning (Moday 10th June), were greeted by an irate mob and a critically injured man.

Amateur video footage shot with mobile phones showed the man’s leg on the northbound lane next to a police cone as he laid face down and unconscious in the southbound lane.

The angry mob was recorded attacking the car presumed to be at the center of the accident with one bold individual forcefully attempting to enter the vehicle.

The victim was transported to the hospital via ambulance and although speculation about his condition is rife, officials have released no official word.

The Vide Boutielle highway is separated by a median that makes it difficult for crossing, as such pedestrians have long been urged to use the walkovers provided.