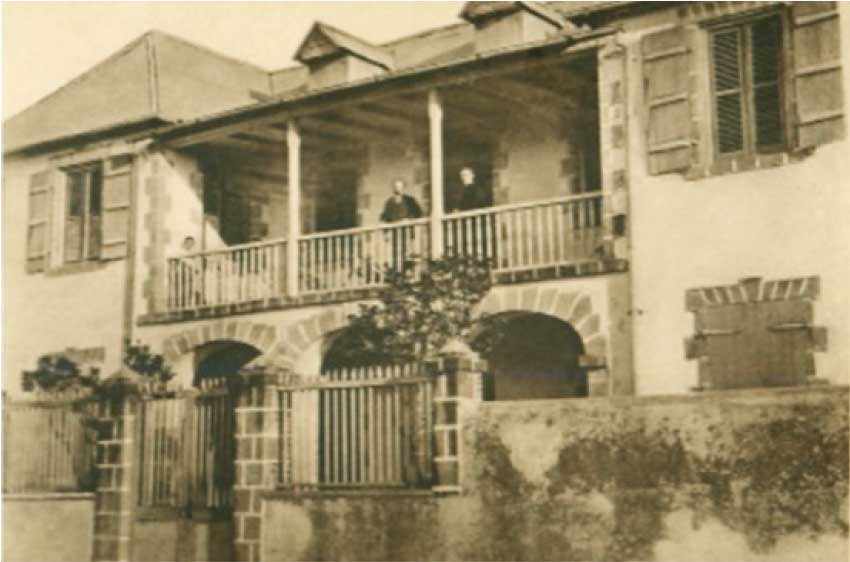 “Masterpiece, magnum opus (Latin, great work) in modern use is a creation that has been given much critical praise, especially a work of outstanding creativity, skill, profundity, or workmanship. Historically, a “masterpiece” was a work of a very high standard produced to obtain membership of a guild or academy in various areas of the visual arts and crafts.” – Wikipedia

“St Mary’s College – The Caribbean’s Nobel Laureate School” is a very recently published work by Calixte George, CMG, SLMM, MSc. It is a work that epitomises the concept of ‘magnum opus’. The work is extraordinary in its own right for its breadth and completeness of cover of the history of St Mary’s College. It is even more extraordinary when one considers that the author, according to the very brief biography at the beginning of the book, has a history of significant achievement in the fields of science, agriculture, education and politics, but not in literature or history.

“St Mary’s College’ is a book of over 800 pages and covers the period from the start of the College to contemporary times. The research is monumental and the writing clear leaving the reader with an uncluttered vision of what has been achieved by our own St Mary’s.”

Until the middle of the 20th Century, St Mary’s was the only secondary school for boys and George’s book is in many respects a history of St Lucia and of our progress to where we stand today. As was said by Thomas Carlyle, a Scottish historian of the nineteenth century, “History is the essence of innumerable biographies”. On that basis, George has written a history of Saint Lucia from the particular point of view of the products of one of our oldest educational institutions.

This is no light book to be picked up and read over a weekend – even a long one. It is a book that is at once, anecdotal, amusing, and an overarching capture of the evolution of Saint Lucia. It is a reference work that should adorn the shelves, not only of every Samarian, but of all parents who wish to imbue their children with the past, and hence the source of the present, of our country.

In conclusion, The VOICE would laud Mr Calixte George and finds it fitting to conclude this editorial with Mr George’s own words in the epilogue of his work:

“It is fitting that the Saint Lucian community, home and abroad, recognises the tremendous contribution of one hundred and thirty years to human development by St Mary’s College. We should, therefore, salute all past and current rectors, advisory committees, Boards of Management, Headmasters, Masters and Students as well as their parents and guardians, Associate Samarians, for the sterling contributions towards making St Mary’s College an institution of excellence in keeping with its motto ‘Summun Attingitur Nitendo’ (The top is reached by Striving). There is no doubt that the contributions of the College’s most renowned alumni- Sir William Arthur Lewis and Sir Derek Alton Walcott – are assured immortality in the annals of World Economics and Literature respectively. It is, therefore, incumbent on Saint Lucia’s political, educational and socio-economic leaders to ensure that future generations become familiar with the writings, philosophies and prescriptions of our Nobel Laureates.”