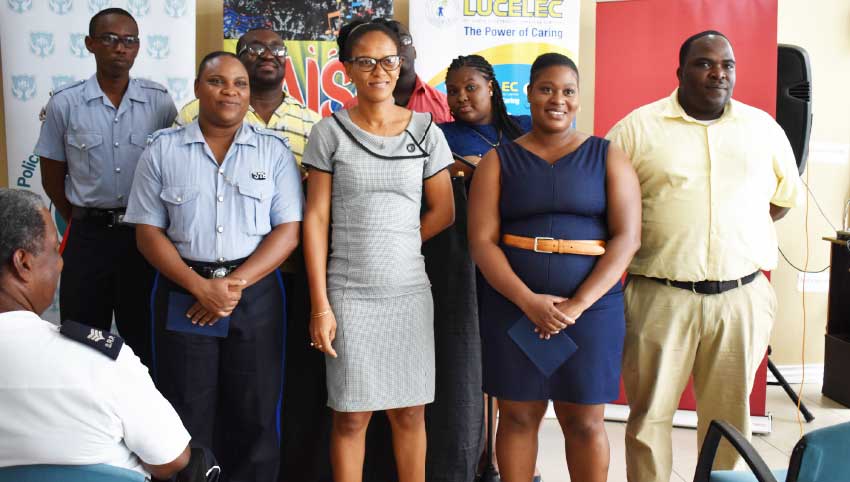 The Royal St Lucia Police Force (RSLPF) on Wednesday June 26th launched their Kaiso Headquarters XIV at the conference room of the Blue Coral Mall. Present at the launch were Officers of the RSLPF, representatives of Kaiso Headquarters, sponsors of the event and participating Calypsonians, all of whom are attached to different departments within the RSLPF and Port Police. Assistant Commissioner of Police, George Nicholas, made the welcome remarks on behalf of the Commissioner of Police, Severin Moncherry.

In his address, Nicholas remarked, “Kaiso Headquarters provides a platform where budding Calypsonians can hone their skills in the Calypso art form. It provides an avenue for upcoming writers to sharpen their skills and their craft in song-writing. It also provides that stage where various agencies can compete and interact with each other; because as you know, we invite the St Lucia Air and Seaports Authority (SLASPA) and also the Fire Service to compete in Kaiso Headquarters.”

Nicholas also made mention of the Calypsonians from past editions of Kaiso Headquarters who had crossed over to participate in National Calypso tents. These included ‘Brown Sugar’, ‘Sac Papier’, and ‘Kakal’, who has twice won the Soca Monarch Competition.

There are thirteen Calypsonians participating in this year’s Kaiso Headquarters. They were all presented at the launch and that number includes Francis Delice, Sabina Mangal, Zachary Hippolyte, Bridgette Algodel, Belladina Emmanuel, Alden Raphael, Nyasa Francis, Andrad Felix, Nathan Timaitre, Cassandra Justin, Valentius Mathurin, Marva Epiphane and Dennie Marshall. The Kaiso Headquarters’ Champion for 2018 was Dennie Marshall ‘Snow’, who will be defending his crown this year. The participants were all very enthusiastic about the competition.