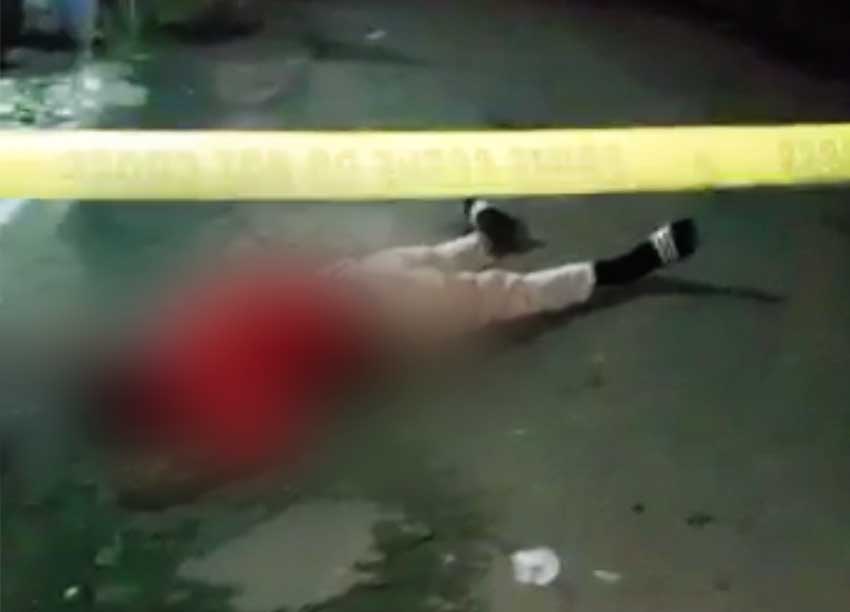 A bar owner in Fond St. Jacques was shot and killed last night as thieves attempted to rob his establishment.

Video footage of “Ison”, a resident of the community and bar owner lying motionless on the ground, painted a morbid representation on the picturesque community that is seldom associated with gun violence.

Irate residents who gathered at the crime scene uttered angry sentiments at the lengths criminals will take to fulfill their criminal urges. “Only guns they talking with”, one woman can be heard saying as others expressed disdain for thieves and murders.

No report on the amount of money, if any that was stolen from the bar, but the community is mourning the loss of the entrepreneur.

Police are actively pursuing the case.