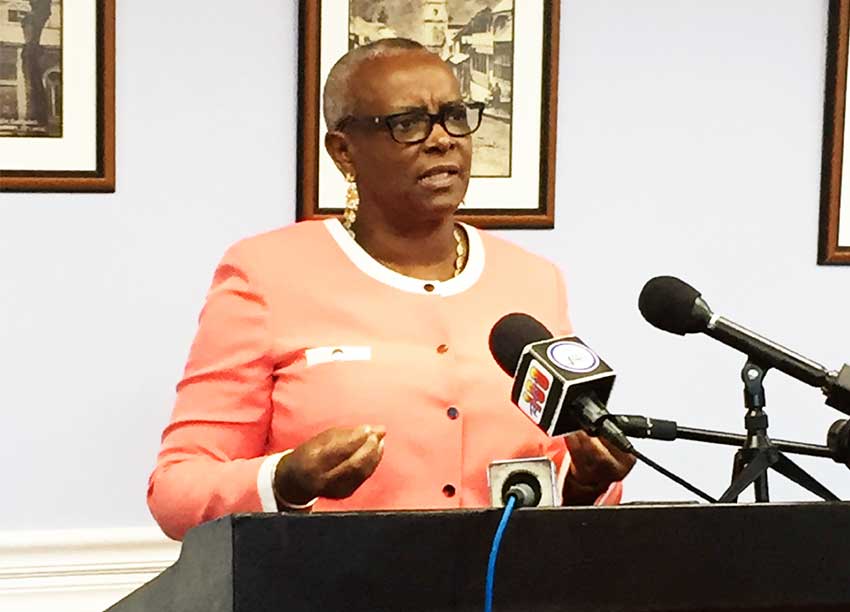 On Monday June 3rd at a cabinet meeting at the office of the Prime Minister, Fortuna Belrose, Minister in the Ministry of Tourism, Information, Broadcasting, Culture and Creative Industries, spoke about Saint Lucia Carnival 2019. Carnival is a season which is highly anticipated by revellers, bands and spectators. The minister expressed her satisfaction with the launch of the start of the Carnival season, as crowd participation was said to meet with expectations.

The minister stated that improvements to Saint Lucia Carnival is an unending process as the Government strives to present the people of Saint Lucia with a Carnival event that they are satisfied with. To this end, Minister Belrose announced that the Events Company of Saint Lucia, the Cultural Development Foundation, the Carnival Bands Association and other stakeholders meet regularly to fine-tune the Carnival celebrations and to ensure that the products delivered this Carnival season are nothing short of phenomenal.

According to Belrose, “Last year we had a great time with our Carnival, but this year we expect an even better delivery because we have many more participants. We have eighteen bands registered to participate in this year’s event, which is good for us. We can see the growth in our Carnival.”

The Minister said that in previous years Saint Lucia Carnival was not on ‘the four burner’, as Jazz had laid claim to that spot. Belrose proclaimed that the present administration was putting Saint Lucia Carnival on ‘the four burner’ where it belongs. She pointed out, “It is important for us to understand that we need to celebrate us and our people in a very big way.” For the purpose of this celebration, Belrose announced that the sum of EC$3 million was going to be pumped into Carnival this year. The minister added that the total figure was going to be invested locally and that no part of that sum will be used to market the event abroad.

The Minister gave her assurance that security measures have been, and will be further enhanced in advance of the Carnival event. She reported that more toilet and seating facilities for patrons along the route will also be made available. “We want our people to be as safe and comfortable as possible for this year’s Carnival,” Belrose remarked.

Minister Belrose announced a full schedule of activities to be held until mid-July. She also said that the Government is looking forward to Jounen Kweyol activities in October to which the sum of EC$600,000 has been allocated. The minister concluded by imploring members of the public to come out to support and patronise all events in as much as they could.