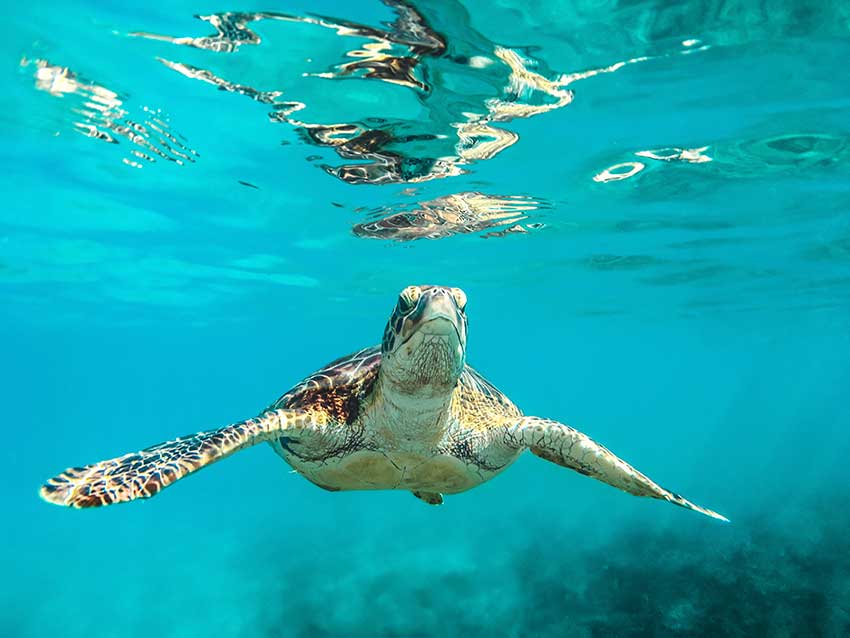 The Saint Lucia National Trust’s mandate includes the protection of Saint Lucia’s flora and fauna.  As such, the Trust has supported the campaign for more effective management of marine turtles in Saint Lucia.

Globally and regionally, the protection of marine turtle species has become a major priority as many of the species are falling under either the ‘endangered species’ (leatherback turtle) or ‘critically endangered species’ (hawksbill) categories under the IUCN’s Red List of Threatened Species. Many regional states such as Barbados, Antigua and more recently Saint Vincent and the Grenadines have either banned or are progressing towards banning the capture, slaughter, sale, consumption or use of marine turtle products.  While there is recognition that traditional use should be an important consideration regarding any decision that would limit access to this fishery, it cannot be ignored that there is overwhelming evidence to support the view that these marine animals are more useful socio-economically alive rather than dead. In addition, statistics from the Department of Fisheries (DOF) reveal that the number of fishers involved in turtle harvesting is minuscule compared to other fishing activities.

The international thrust towards protection of marine turtles has resulted in diminishing demand for their by-products while the demand and interest in interacting with live specimens in their natural habitat is extremely high. Nowhere is this more evident than in the tourism industry.  Interestingly, the dining experiences at internationally recognised or marketed hotels do not include turtle meat.  It is the case that many of these establishments are quite enthusiastic to sell the idea that their guests are likely to have some kind of experience with a marine turtle. It has become that popular of an attraction. This is not to say that there is no local demand for turtle meat as whatever is harvested, both legally and illegally, is consumed locally.

Within the last five years, the Trust has been involved in a series of activities that contribute to more effective management of marine turtles in Saint Lucia. These activities have been made possible through international grant funding and technical expertise as well as through collaboration with the DOF, the National Conservation Authority (NCA) and local volunteers.  The main focus has been on monitoring turtle nesting activity; increased public awareness on marine turtle species; and facilitating policy review on the management of marine turtles.

In terms of monitoring activities, the Trust has had an active data collection programme for marine turtle nesting activity, particularly on nesting beaches within the Pointe Sable Environmental Area (PSEPA). This involves patrolling the beaches for nesting activity and recording the observations such as the number of nests, species involved and hatching occurrences. Monitoring also has the added objective of reducing poaching. The Trust has also sponsored training sessions to build local capacity so that monitoring can be expanded to other sites where nesting activity is known to occur.

Public awareness activities on marine turtles were, and continue to be targeted at students at primary and early secondary school levels because research has shown that this age group tends to be highly influential in changing adult behaviour. The education programme involves helping young people to identify the various species of marine turtles found in our waters; their nesting patterns and of course the behaviours or factors that can have a negative impact on these marine species and their habitats. The sessions are delivered through a combination of highly interactive school visits and field trips to actual nesting sites. The young are also encouraged to follow best practice in order to contribute to a safer environment for marine turtles.

At the policy level, the Trust has been promoting a more progressive management regime for marine turtles consistent with regional and international trends. It is noteworthy that the DOF has been considering a number of options which would more likely reflect a phased approach to stricter measures to support effective management of marine turtles. As a conservation agency and member of the WIDECAST community whose mandate is to protect marine turtles in the region, the Trust is in full support of this thrust. One of the more promising prospects is that a road map or action plan will be developed to bring about more effective regulation which can have the support of DOF, Fishers, Government and the public on the issue.  Some public consultations have revealed that there is public appetite for a change but the Trust realizes that additional public consent and engagement are required to determine the next steps to achieve this change.