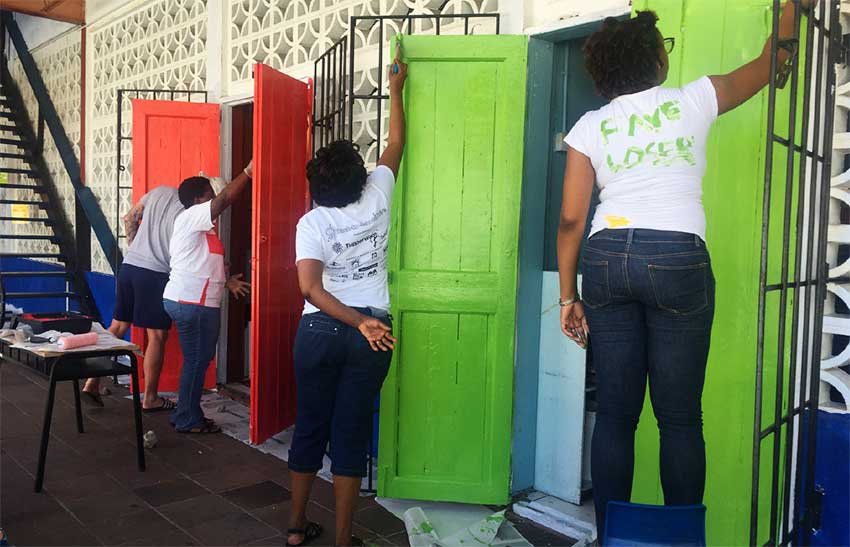 THE Make It Happen Foundation has funded and commenced a painting project at the St. Aloysius R.C. Boys Infant School. On Tuesday May 21st classes were called off for the day for the execution of the project. The idea for the project came from Julian Monrose, the Principal of the RC Primary School, who contacted the Parliamentary representative for Castries South, Sarah Flood, who in-turn contacted the ‘Make It Happen Foundation’.

Raquel DuBoulay-Chastanet, wife of Prime Minister Allen Chastanet, and President of the Make It Happen Foundation, then reached out to Geraldine Alcide, Consular from the British High Commission, to ask whether she could entreat the 1st Battalion Scots Guards, who had just returned from Cyprus and were staying in Saint Lucia at the time, to volunteer as painters for the project. The Scots Guards were more than happy to lend a hand to the project. Nineteen Scots Guards in total participated in the painting project of the school.

The 1st Battalion Scots Guards is one of the premier infantry units within the British Army. They spend their time training and serving as ceremonial guards for the Royal family at Buckingham Palace, St James, Windsor Castle and the Tower of London. The guards who painted the RC Boys Infant School were all members of the Scots Guards Cricket Club, which comprised of only soldiers from the infantry. The Scots Guards Cricket Club is one of the Battalion’s sports teams which were sent to various parts of the world on their return from peacekeeping operations in Cyprus. The purpose of their dispatch was to allow them to experience different cultures through sports.