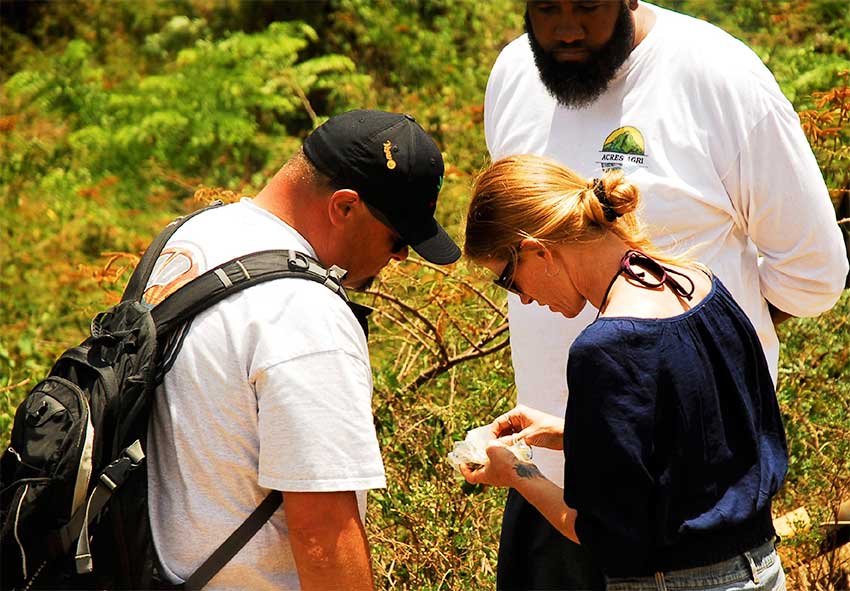 Acres Agri, a Vincentian-based company, is continuing its preparation towards the full realisation of the establishment of the medicinal cannabis industry in St. Vincent and the Grenadines.

The three scientists – A.C. Moon, Chase Hoff, and Frederick Nesbitt, looked primarily at the growth potential for cannabis cultivation in a controlled environment.

Each of the scientists has over twenty years experience in various areas of medicinal cannabis cultivation, and in the standards which have been applied since the early 1990s, when the state of California in the United States of America began its process.

In the 1990s, California was at the stage where St Vincent and the Grenadines is at present in its development of a medicinal cannabis industry for the island.

The visit by the scientists is another step by Acres Agri in efforts to ensure that there is a product which not just sustainable, but marketable outside the confines of St Vincent and the Grenadines.