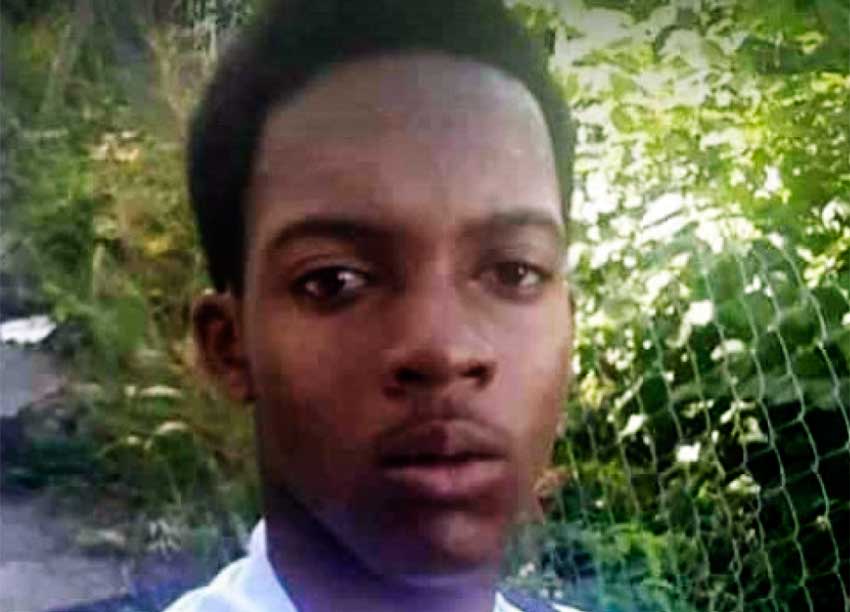 The Major Crimes Unit of the Royal Saint Lucia Police Force Thursday started investigations into yet another police shooting that took place Wednesday night leaving in its wake a dead 17-year-old male student, and the arrest of two others.

The shooting has left a family in mourning and an entire secondary school in shock, with many of his teachers and classmates still in sheer disbelief.

Police, aside from releasing a brief statement on the incident Thursday, have been tightlipped claiming inability to answer questions about the incident in fear of jeopardizing the ongoing investigation.

However, the shooting sent shockwaves throughout the Entrepot Secondary School in Castries Thursday morning when the news broke that one of their own was the fatality in the police shootout.

Dead is Arnold Joseph who had been writing the external Caribbean Secondary Education Certificate (CSEC).

Staff and fifth formers of the secondary school were devastated on hearing the news, more so since the deceased student was last seen by some of them a day before his passing.

Some students and teachers with eyes still tear-stained from constant crying, spoke of Joseph as someone who always tried to cheer up others who was not known to be trouble maker.

“He was a very fun person,” one student said.

The Entrepot Secondary school has yet to release a formal statement on Joseph’s passing. Efforts by The VOICE to get a comment from either the principal or the vice-principal right up to press time yesterday were futile.

Police Thursday released a statement saying that “on Wednesday May 22, 2019 about 10:30 p.m. officers attached to the Special Services Unit, whilst on mobile patrol received information regarding a suspicious motor vehicle, at Reclamation Grounds, Castries.”

According to the statement “the responding officers made attempts to stop a white Toyota Lancer, registration number PE3191, but to no avail. The motor vehicle in question failed to stop, venturing through one-way streets about the city, contravening traffic regulations.”

The statement continues, “during an attempt to apprehend the individuals, one individual was fatally shot, whilst a second was non-fatally injured. A third male was arrested without injury. One 9mm firearm was recovered by officers from the said individuals.”

Police are calling on anyone with information regarding this matter to contact the Major Crimes Unit.

Questions and theories are swirling about what would warrant police to open fire at the vehicle and of Joseph’s presence in the vehicle at the time it came under police surveillance.

The vehicle with the three young men was registered in Saint Lucia in 2011. The VOICE has learned that neither of the three men had been in trouble with the law before the incident.