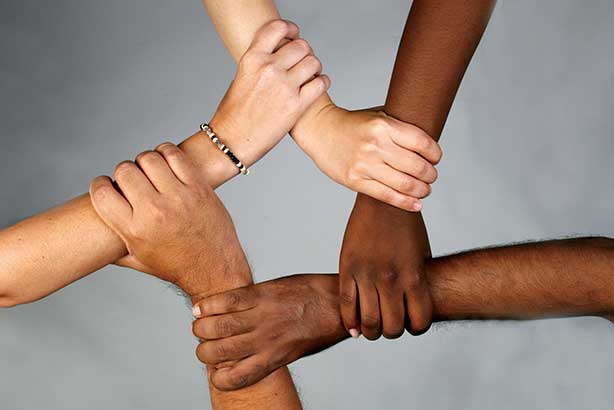 It seems that too many of us do not know how to accept each other’s differences. We often battle with ourselves to find ways to tolerate the people that we do not like, and the lifestyles that we disapprove of. We say sometimes that we ‘can’t stand’ or ‘don’t like’ some of the people that we work with, or the people at school for one reason or other. We judge and discriminate family members for their sexual orientation, and regard them as a blister on the family. If someone’s personal beliefs or religious views are contrary to our own, we would put that individual in quarantine if we could.

We find great difficulty in respecting the choices of others, and this difficulty leads to enmity most of the time. We think it is our duty to offer religion or to impose it on those who choose to be non-theistic. We think there is something wrong with people who do not see things as we see them; and we criticise them for it. We need to be more accepting and more tolerant with each other.

The majority of us have been conditioned to respect the people who observe our tenets more highly than those who do not. It is the same kind of conditioning which causes us to respect some persons less than others… and others, not at all.

There is nothing in the world that can uplift a nation more highly, than respect for one’s fellow country men and country women. If you think about it for a moment you will notice that the nations in the world which rank the highest in terms of living standards are the very nations in which the people respect their own more than any other. For example, the English do not respect anyone more highly than they respect the English; the French do not regard anyone more highly than the French; and to the American, there is no one more deserving of respect than an American.

This is not just the result of cultural pride or nationalism. This is charity beginning at home where respect for one’s own is concerned. We need to start respecting one another in our society if we are hoping to rise as a nation. We can start in our schools by teaching our children from as early as possible to accept each other’s differences. Children are often bullied in schools for possessing qualities and traits that others deem to be weak or inferior.

Boys who are feminine have been bullied by others because femininity in boys is frowned upon because it is linked to homosexuality. –And we all know the general attitude of meagre respect that our society has for non-heterosexuals. Girls who are not ‘girly’ enough are also bullied for their differences. Misunderstanding and intolerance of each other’s religious views are a major element which further reduces our respect for one another. A primary school girl said to me once, that a Muslim girl at her school would often go to the toilet to pray. She said that this particular girl was often teased by the other girls.

Most of the teasing stems from the ideologies that we pass on to our children. One of the most important teachings that we can pass on to our children is ‘respect for one another’. Maybe some of us feel that we are too hardened in our ways as adults to make certain changes within ourselves. We have no respect for certain people because we believe their ways to be wrong and unacceptable; and we pass these beliefs down to our children. What we should teach our children is that others should not to be treated differently or respected less, just because they are different from us. Maybe we failed to give our children the society that they deserve; but at least we can give them the tools to build it for themselves. And one of the greatest tools to do that with is ‘respect’.