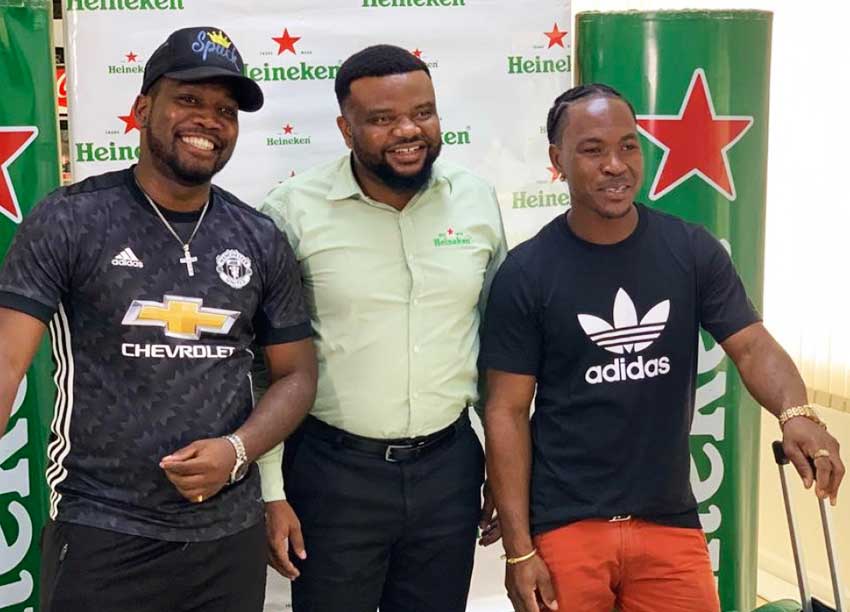 Thanks to Windward and Leeward Brewery Limited (WLBL) and its premium beer Heineken, two lucky Saint Lucians are already packing their bags, as they get ready for a VIP experience of a lifetime at the 2019 UEFA Champions League finals in Madrid Spain on June 1, 2019.

This year, over one hundred bars and retail outlets across the island participated in the UEFA Champions League Promotion where upon the purchase of Heineken at the participating outlets; consumers received an opportunity to win weekly prizes and a chance to enter the grand prize draw.

During the promotion period, Heineken also launched the 2019 UEFA Champions League trophy label which is unique and commemorates one of the most followed sports competition in the world.

This week, the draw for the lucky winners was held at the company’s Commercial Office in Vide Boutielle where Cornell Faisal of Mon Repos and John Anthony of Babonneau emerged as the two lucky winners.

Sylvester Henry, Senior Category Manger stated, “We at WLBL and the Heineken brand would like to congratulate all our participants and the winners, Cornell and John as they get set to leave the island as part of their Heineken VIP weekend. As a brand we look for innovative ways to excite our consumers and our brands and thought this was a great way to reward our loyal consumers and avid football fans. Look out for more exciting things to come from Heineken and our other brands and remember to enjoy responsibly.”

They will be among over 80,000 fans expected to show up at the stadium for the finals, which will be viewed by more than 300 million football fans world-wide.