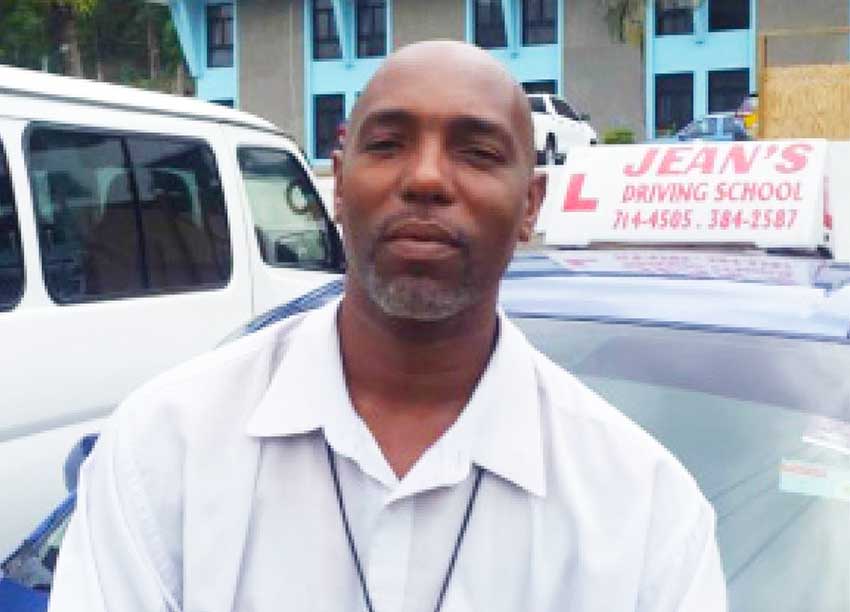 KINGSON Jean, President of the National Association of Driving Schools, has expressed concern over the rise in vehicular accidents on the island. Jean said that road accidents are primarily caused by drivers not doing what is required. With this explanation, he noted that most accidents are in fact ‘road collisions’ as accident are preventable in nature.

Jean, also the owner of Jean’s Driving School, said that he is confident that the number of road collisions which occur on our roads can be reduced. He said sensitization on road safety from the school level is crucial in developing a mindset that is keen on road safety. He also noted that it is critical for every road user to adopt the habit of vigilance and the practice of proper precaution at all times. Jean reiterated that every fraction of a second counts wherever speed is a factor.

“Motorists must always keep in mind that safe practice goes a long way in saving lives,” Jean remarked. “For example, seventy percent of motorcyclists, who die in road collisions, were not wearing helmets at the time of death. With head injuries being the leading cause of death in bike related collisions, it is no doubt that helmets save lives.”

The President of the National Association of Driving Schools expressed his agitation over the fact that a number of persons who have never received any formal training in bike riding, have taken to the streets with their motorcycles. Jean said that this improper practice was further encouraged by insurance companies that insure motorcycles for unlicensed riders on the basis of a learner’s permit.

During our interview, he underlined the fundamental importance of wearing seatbelts, which he said many road users tend to ignore. According to Jean, a backseat passenger can involuntarily kill the driver or a front seat passenger if they are not wearing a seatbelt during impact.

Jean articulated that road safety can only be fostered by a comprehensive effort inclusive of education through sensitization, effective law enforcement and proper facilities. He said that more road-calming measures such as proper signage, speed bumps and rumble strips are necessary to reduce the frequency of road collisions and road fatalities. Jean went on to state that drivers account for only 14 percent of road fatalities in Saint Lucia, with the other 86 percent being split between pedestrians and passengers. With these figures he stressed that road safety is everybody’s business, and that everyone should play their part; from teaching their children to cross the road safely, and wearing seatbelts.

The Association President spoke of the lapses of law enforcement in promoting greater road safety. He highlighted the cattle in Choc which are continuously allowed to roam freely on the highway despite warnings from certain authorities to cattle owners. Jean indicated that no measures have yet been taken by authorities to curb this issue.

As our interview winded down, Jean emphasised that motorists must be mindful and considerate of others, as to not put peoples’ lives at risk for the sake of getting to their destinations a few minutes sooner.

“We should be more concerned about getting to our destinations safely rather than sooner,” he said. “Road safety is a responsibility which belongs to all of us.”