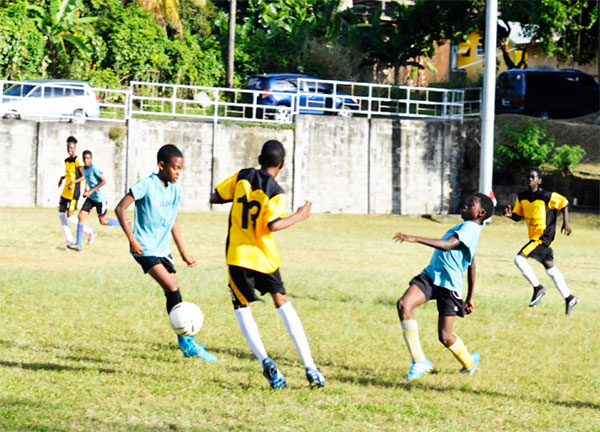 DEALING with crime has been a major headache for every political party that has taken over the reins of government. The United Workers Party under Prime Minister Allen Chastanet is no exception. Now, three years in office, the administration has devised another stratagem it believes will tackle the root cause of crime.

Prime Minister Chastanet believes that placing more emphasis on sports at the primary and secondary school levels and establishing clubs in various constituencies will deal with at least one aspect that can lead to crime, which is the amount of idle time young people have on their hands.

He believes the idleness of young people in Saint Lucia is a reflection of the diminishing significance of the values that at one time were held highly by citizens.

“We are spending US$12 million right now on building some core facilities,” the Prime Minister said. “The goal is to spend three or four times that amount in the upcoming years on building core sporting facilities in order to get clubs going. For instance, in my constituency, I’m hoping we can have five or six clubs.”

“These clubs will offer basketball, track & field, swimming, football and cricket at both the primary and secondary school levels and at the senior level,” Chastanet said.

He added that the monies government earns from the Saint Lucia National Lottery will not be used for capital investment projects, but will instead be used to fund programmes in the schools, paying stipends to coaches and in getting the School for Sporting Excellence in Gros Islet off the ground, where coach development will also be a key focal point.

The Prime Minister is of the view that with the engagement of young people in sports, they will learn how to win and lose graciously, and a measure of discipline will be instilled in them which would be required if they are to be successful later in life.

To underscore the importance of reaching out to young people and giving them the help they need, the Prime Minister spoke of the need to increase the number of social workers in the country.

“When I came in, I found there were 11 social workers. Seventeen constituencies, you don’t have one per constituency? We are saying we need to have a minimum of 30,” Chastanet said.

At present there are 14 social workers employed by the government, a number the Prime Minister said government is looking to increase to at least two per constituency.

The Prime Minister wants a change of attitude towards crime from the public, as he says this could lead to making a considerable dent in the crime problem.