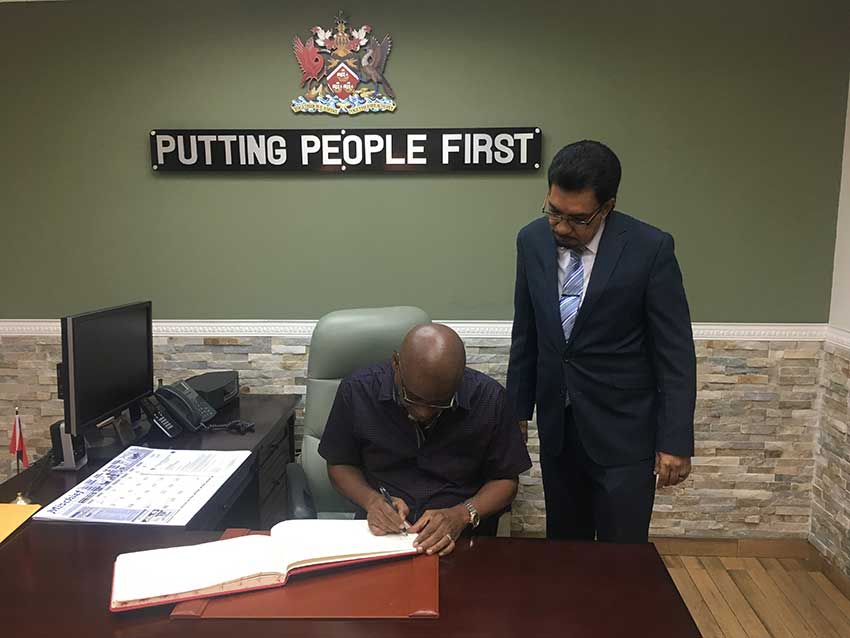 The City of Castries on Sunday, May 5, 2019, signed an agreement with the Borough of Point Fortin in Trinidad and Tobago to boost cooperation in culture, trade, economic activity and tourism.

Mayor of Castries His Worship Peterson D. Francis and Mayor of Point Fortin His Worship Abdon Mason signed the agreement to formalize the relations.

The document was signed in the presence of the Minister of Housing and Urban Development and Point Fortin MP, the Honourable Major General Edmund Dillon, Councillors and specially invited guests.

Speaking at the mid-morning ceremony, Mayor Francis said forming sister city ties with Point Fortin represented an important milestone in the process of deepening the friendship with Trinidad and Tobago as a CARICOM member state.

He recognized that both municipalities can learn from each other since they each have their own strengths.

In this regard, Mayor Francis cited Saint Lucia’s tourism industry and Trinidad and Tobago’s manufacturing sector.

The Mayor of Point Fortin, His Worship Abdon Mason, praised the decision of the Castries Mayor to pursue the twinning arrangement while highlighting the importance of the sister to sister partnership.

While in Trinidad, Mayor Francis also paid a courtesy visit on Minister of Rural Development and Local Government, Senator the Honourable Kazim Hosein.

Mayor Francis also had the opportunity to meet and hold cordial talks with other Government Ministers and Mayors of other municipalities.