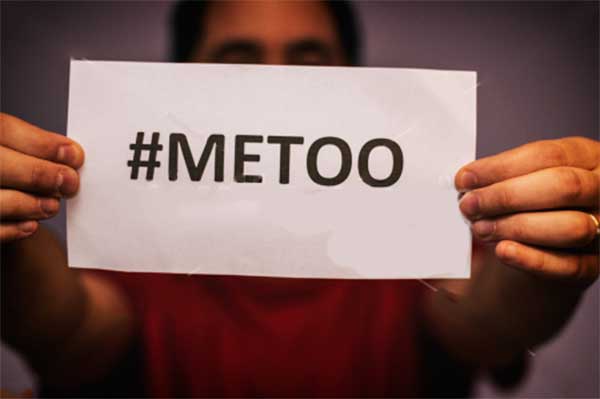 I was arrested – indeed, taken aback — by the following extracts from an article published in the May 7, 2019 edition of The Jamaica Observer, headlined ‘Female Sex Predators in Jamaica Targeting Young Boys’:

Kingston, Jamaica: Between 2013 and 2018, a total of 22 women were arrested for having sexual intercourse with boys under 16 years old. At the same time, 129 boys under the age of 16 were the victims of sexual assault for the same period.

In fact, according to data from the Jamaica Constabulary Force’s (JCF’s) Statistics and Information Management Unit, between 2013 and 2018 a total of 53 females were arrested for sexual assault, of which 33 were arrested for the offence of sexual intercourse with a victim under the age of 16.

Also, up to March 9 this year, one female has been arrested for having sexual intercourse with a male under 16 years old.

The Jamaica Observer spoke with several adult men who recounted their first time having sex, most of whom did not consider their encounters as sexual abuse.

According to one 30-year-old who is now the father of two children, he had sex for the first time at 12 years old with his aunt, who was babysitting him…

He said that while in high school, boys would trade stories about their sexual encounters, and quite a few of his friends shared that their first time was with their domestic helper or a relative.

“It was almost common, and [back] then, it was seen like a bragging right. But it was not until I was at university that I recognised that this was abuse,” he said, adding that as a parent, he limits the people who are allowed to babysit his children.

One 62-year-old shared that he lost his virginity at age 14 to a woman who was in her 20s. He, too, did not think he was sexually abused, but viewed the experience as an encounter that led to sexual satisfaction.

Another man, who is now 31 years old, told the Observer that he first had sexual intercourse at age 17 with a woman who was 21 years old. He also did not consider it sexual abuse or sexual exploitation and today credits his level of experience and sexual prowess to that early exposure.

The results of a Ministry of Health survey shows that more than 20 percent of Jamaican boys have engaged in their first act of sexual intercourse by age 12.

The ministry’s 2017 Knowledge, Attitude, Behaviour and Practice (KABP) Survey shows that 22.3 percent of boys reported having engaged in sex by age 12.

A similar study was done in the United States and published in JAMA Pediatrics last month. It revealed that between 3.6 percent and 7.6 percent of boys reported having sexual intercourse before the age of 13.

A total of 7.6 percent of the nearly 20,000 high school males in one study reported having sexual intercourse before the age of 13 as reported by Agence France-Presse AFP). In the second study — of 7,700 males between the ages of 15 and 24 years old — the figure was 3.6 percent.

According to the KABP survey, when it comes to the age of sexual initiation, boys outstrip girls, with only 2.2 percent of girls reporting having engaged in sexual intercourse for the first time by age 12.

The median age for first sex among boys is 15 years versus 17 years for girls, with the figures in the 2017 KABP survey remaining largely unchanged since 2012.

In the meantime, the statistics from the JCF also revealed that between 2013 and 2018 there were 489 male victims of sexual assault under 18 years old. The year 2013 recorded the highest number of victims at 110, with 2018 recording 36 victims.

The offences against the boys over the six-year period include buggery, grievous sexual assault, incest, sexual exploitation, sexual grooming, sexual intercourse with a person under 16 and sexual touching or interference.’

What most grabbed me about all the above was not just the fullness of the reporting, but also the fact that such subjects are still very rare and treated like taboo across the Caribbean.

Last week, I also heard, saw and read statements in the news that sent me scrambling down Memory Lane to recall growing-up and hearing very loud rumours and allegations about similar acts of sexual misconduct perpetrated by men of cloth, In The Name Of The Father, against student boys and girls, acolytes and altar boys, choir members and other innocent servants of the Lord – and even unlikely incidents involving Women of Cloth.

The rumours were always vigorously denied by the accused men and women of different denominations, but in these small societies where everyone knows everyone and everyone thinks they know all about everyone else, to this day, names are still being called and fingers pointed at robed and collared men and women in almost every Caribbean country – English, French, Dutch or Spanish.

And then there’s that other taboo in our macho Caribbean societies: sexual harassment and assault of men by women.

I remember a caller to a radio talk show I hosted in another Caribbean country several years ago complaining how he’d been to a police station to make a report about a constant ‘almost daily’, near-violent and unbearable course of sexual harassment by a woman not his wife.

He wanted the police to ‘arrest her and put her away’ so he could live his life ‘free of her’.

But ‘the officer’ told him the only way an arrest could be made was if he would ‘file and sign an official complaint.’

The bewildered and exasperated complainant told me he explained to the officer that he didn’t want to be ‘ridiculed in the court and by the public’ for making such an unusual complaint.

Besides, he told me, he’d told the policeman that if he lost his case, ‘she would certainly be back on my case…’ — to which, according to him, ‘the officer offered me another way out.’

According to Mr Caller, ‘He told me to just give him her number – and he’ll take care of dat!’

Incest is another ‘hush-hush’ sex crime that survives deep secrecy, depending on the culprit, as guilty rich and/or famous parents (who even close relatives will insist do indulge in indecent assault of their daughters and sons) can still walk streets, deliver public speeches and behave ‘holier-than-thou’ without being named or shamed.

I know that the wheels of justice seem to grind slowly for the victims and predators of all types worldwide, but I don’t think it’s grinding too low.

The recent Papal edict that all cases of sexual assault in every Catholic Diocese, past and present, should now be reported to The Vatican by the Bishop or other head of each diocese, is indeed a forward step that can and will open the way for further documentation, registration and action — and further research for follow-up action.

Detractors there will always be to even apostolic change, but no previous Pope has gone that far and there are still untold numbers of guilty predators whose crimes are yet to be uncovered, who’re shuddering inside and grinding at the groins as a result of their Holy Father’s ruling.

The Vatican being a state within a state recognized by the rest of the world, I will not go into whether it can be required to require that all cases reported to it also be filed with the local police for judicial action in each diocese, even though I also understand the skepticism of those Catholics who rile against ‘the church being asked to investigate itself…’

Just as in Jamaica and the USA – and everywhere else — the statistics on sexual crimes of all kinds do also exist in every CARICOM nation.

It would be more than just interesting to get a true picture of the real regional spread of these sex-related maladies, as the press can and should do more to bring them to light in ways that will not only attract attention but also invite positive remedial action at the societal level.

True facts and figures about the real LGBTI picture will also be helpful, instead of the usually round and loose references to unsubstantiated quotas and figures usually rendered unbelievable by publics either genuinely skeptical or simply unwilling to accept uncomfortable truths.

But all this will only happen if, when and where such topics and issues are approached and treated by the region’s press as more than just sweet taboo, or sad and boring stories pregnant with facts and figures about sex crimes and/or related social societal matters involving invisible people without names, faces or photos.

More mature intercourse of ideas in and through the press, inside-out, up, down and across the Caribbean, is absolutely essential if sex crimes and related taboos are to be addressed positively by the wider society with the fullness and depth needed to yield the desired fruits therefrom.

It’s not an easy task, but all across the Caribbean this pipe is broken – and needs fixing fast!