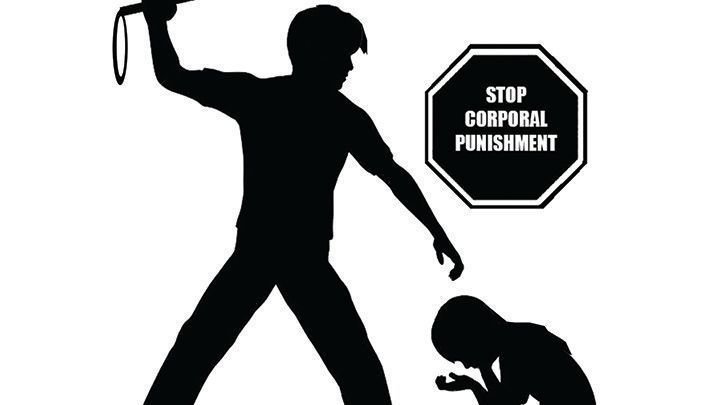 The government of St. Lucia, through the Ministry of Education, has taken the decision to suspend the use of corporal punishment in schools in St Lucia from May 1, 2019, and to ban its use in schools completely by May 1, 2020. ‘Liberation Day’ is finally coming to our schools in St. Lucia; cruelty, brutality, savagery, inhumanity; and all other behaviours which bring physical and mental harm to our Negro students in our schools are coming to a halt. Victory for our students!

It is no secret that I support a total ban on corporal punishment in schools. I have written on the subject on more than one occasion. Indeed, I was a student for 10 years, a classroom teacher for 22 years, and a School Principal for 18 years, a period spanning approximately 50 years in the St. Lucian Education System.

Back then and now, there are several stories to be told about the use of corporal punishment. I am still very knowledgeable about what obtains in mainstream education in St. Lucia since I am still coaching my grandchildren who attend a top secondary school in our system.

I firmly believe that many teachers in our education system back in the day had a fervent desire to assist their students to acquire the knowledge and skills needed to improve their performance and to enable them to take their rightful place in society. In many instances, there was a genuine love for learning. However, there were several classroom teachers at that time who were downright abusive.

For a little while I attended school at the Old Police Station which stood on the perimeter of the Marchand Grounds. It was later renamed the Scout’s Den. The main entrance to the school was from the main Marchand Road. The school was adjacent to what is now the Marchand Post office.

At 7-years-old, I was in what was then Stage 2. I was placed with a very young and inexperienced teacher who may have been straight from secondary school. Maybe St. Joseph’s Convent. I remember, to this day, that her form of discipline was very cruel. She used a ruler or two to beat us. As students, we were called upon to turn the palm of our hands downwards, and then we would receive lashes on our fingers or knuckles. That hurt so badly! Why would a teacher want to hit a student on his or her knuckles as a form of discipline? In those days, you couldn’t even go home to complain, because for many parents, the teacher was always right.

Now in Standard 3, about four years later, I found myself having to cope with a male teacher who was in fact qualified. Much of his Current Events or Social Studies lessons were question and answer sessions. When he asked a question, the student was expected to know the answer.

If you took a few seconds to think about the answer, he would say: “Put on your thinking cap, you nincompoop!” and the strap would go down your back or a clout behind your head. That was teaching and learning! Now a nincompoop is a stupid or foolish person. Notwithstanding that I was considered a nincompoop, I became a classroom teacher and eventually a School Principal.

There was another case in standard 6 where the teacher was teaching a concept that I had some difficulty in grasping. Now, teaching and learning is very dynamic. You must first understand the student’s learning style. That is, you must know the environment which would allow the student to understand and assimilate the concept that is being taught. In other words the teacher must be equipped with various methods and techniques which would facilitate the learning processes.

That afternoon, he beat me with a leather strap that he had in his hand. Every time I tried to explain that I didn’t understand, the strap clattered in my back. It must have gone down about a dozen times. At that point, there was no positive learning taking place anymore. Indeed, if it were possible and I had my way, I would turn him on his head. But you fully understand that as a child you wouldn’t have the strength to do that. I hope you understand the negativity that was coming to me!

You would understand and appreciate that a good student, who had respect for authority and was very obedient in and out of class, was on the verge of becoming a rogue because of the behaviour that was being meted out to him. The philosopher Aristotle theorized that “Man was born Tabula Rasa”. A simple interpretation of the theory is that man was born without any prior knowledge or perception; he or she was born as a blank slate or tablet. Indeed, it is as he or she perceives of his or her environment and gains knowledge of the real world that a set of habitual behaviours, cognitions, and emotional patterns evolve. By cognition I mean the process of knowing or of learning; relating to the mind. And many educators and social workers are familiar with the theory.

In simple language, man was born good. It is the environment in which he or she finds himself or herself that would promote the violent or criminal element in him or her.

I am firm in my view that our social workers need to conduct a study on the influence of corporal punishment on a sample of persons in our penal system. I must point out that the sampling process is very important in conducting the study. And the results could be very revealing.

Indeed, the criminal activities taking place in our country today provide the social services of government plenty of opportunities for social investigation. For us, as a people, to be able to deal adequately with the crime situation in our country, we need to be able to identify the root causes.

In my next article I will continue the discussion on Corporal Punishment, with a focus on the Education Act and how the Ministry of Education should have proceeded with the issue of the suspension and banning of Corporal Punishment in schools in St. Lucia, which I firmly support.