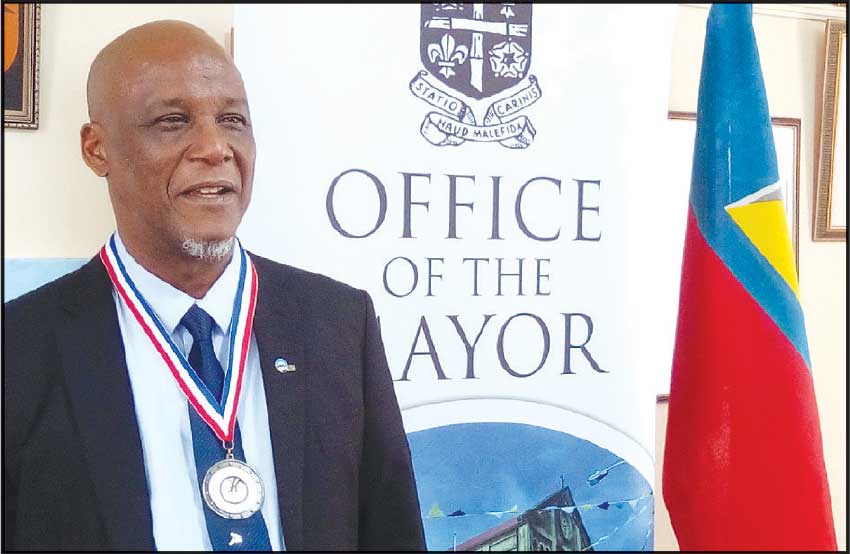 The ongoing controversy over a bill seeking to give the Castries Constituency Council (CCC) and its city police department more powers than they had before could pit them against the Royal Saint Lucia Police Force (RSLPF), however, the leaders of both organizations are trying their best to see this does not happen.

For instance, head of the RSLPF Commissioner Severin Monchery said he has legal concerns about several aspects of the piece of legislation that has since been passed in both Houses of Parliament, and he has taken these concerns to the Attorney General and the Home Affairs and National Security Minister.

Head of the CCC Mayor Peterson Francis at a press conference yesterday assured all that his comments on the bill had nothing to do with the RSLPF.

“I commend the police commissioner for trying his utmost to see that Saint Lucia is safe. But I have to take issue directly with the President of the Police Welfare Association. I know the political season has started and I expect certain people to be in the forefront now,” was Francis’ opening salvo.

His reason for targeting the PWA was because the PWA first targeted him, according to Francis. The piece of legislation causing all of this is known as the Castries Constituency Council Bill. It has the PWA worried to the point that its president Travis Chiquot has expressed his association’s willingness to do whatever it takes to see that the PWA is not trampled upon.

Monchery and Chiquot have since met to discuss the bill and comments made by the latter regarding the bill.

Francis took on Chiquot directly at his press conference calling on the PWA president to show evidence that he, Francis, is seeking funds to the tune of US$200,000 to train city police officers.

“I want to address where the president of the PWA made allegations that the mayor’s office is now seeking funds, in the sum of US$200,000. The president said he was reliably informed. Now I know why we have so many problems in solving crime. Bring the evidence. I am calling on the president of the PWA to provide proof where he could justify that we are getting US$200,000 and that we will hire six to eight Trinidadian officers to do training,” Francis said.

Francis admits that the CCC is seeking funds to use for the training of the City Police but says discussions on that are still ongoing.

He also admits that he received ideas on how to better manage the city and improve the City Police from his recent trip to Trinidad and Tobago. Some of those ideas he would like to see manifest under his watch as mayor.

Francis had other things to say about Chiquot that were not flattering. He wants the country to understand that City Police are officers of the law and not officers of the CCC and have been sworn in to uphold the law throughout the country.

Francis took a swipe at members of the RSLPF by saying that the reason City Police is working effectively is because they have one job. It was clear by that comment that he was referring to police officers who moonlight after their stint with the RSLPF ends for the day.