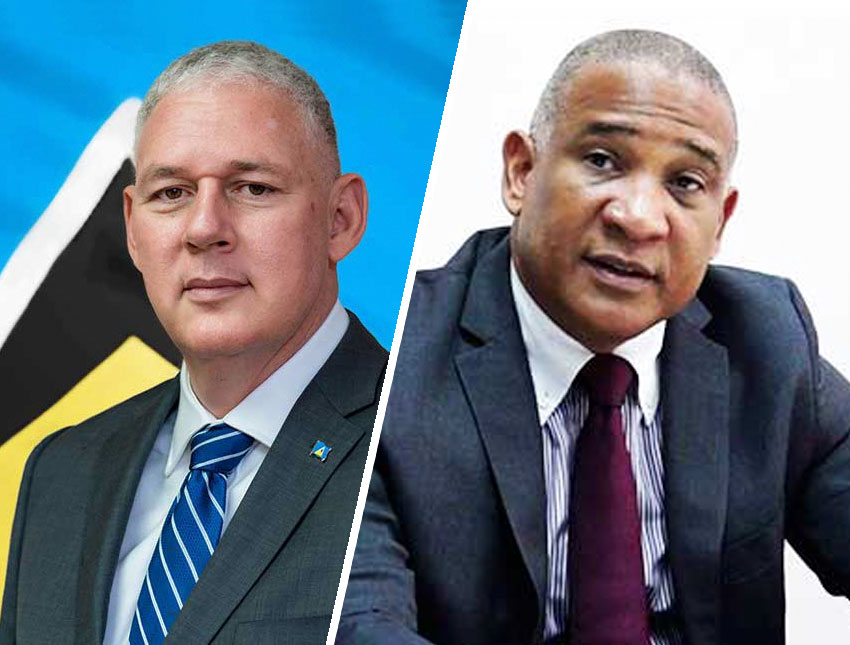 A back and forth between Prime Minister Allen Chastanet and Castries South Parliamentarian Ernest Hilaire did not prevent a bill seeking to amend certain sections of the Citizenship by Investment Act from passing in the House of Assembly Tuesday.

The bill, entitled ‘Citizenship by Investment Amendment Bill’ was introduced by Prime Minister Chastanet the purpose of which was to amend certain sections of the Act.

Chastanet, who sought permission from the House to invoke the House’s Standing Orders No. 48 (2) to allow the bill to pass through all stages of the House, did not give an explanation for the sections of the Act he wanted to amend, an oversight that Hilaire, the Labour Party spokesperson on the Citizenship by Investment Programme (CIP), pounced on.

“I would love to hear the minister justify why those changes are necessary,” Hilaire said.

Hilaire, who was chairman of the CIP under the Labour Administration then challenged the government for issuing licenses that were not signed by the Financial Services Regulatory Authority (FSRA) to operators to handle applications under the CIP.

Chastanet agreed with Hilaire on that point but insisted that the amendment he sought was in keeping with a legal opinion from the Attorney General’s office that it should be the CIP Board issuing an operator’s license and not the FSRA. That legal opinion was issued in November 2015 under the Labour Administration.

There were other points of disagreement between the two men one of those being Hilaire’s summation that the amendments sought by Chastanet would, under the Citizenship by Investment Act, give foreigners becoming Saint Lucians more rights than born Saint Lucians.

Chastanet, in the end, won by virtue of the amendment bill passing through all stages of the House.