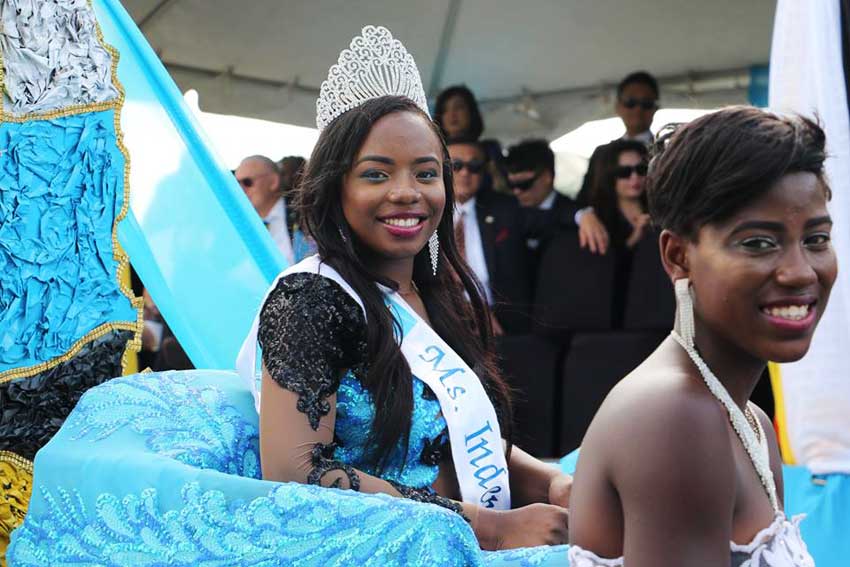 Press Release — Saint Lucians and visitors alike were in for a special treat on Independence Day, with the staging of the first ever Independence Parade. “Anou We’y” a parade with a difference, was held on February 22, Independence Day and featured various aspects of Saint Lucian life- sporting, cultural, commercial and more, through exciting portrayals. And, the positive feedback from the event, which was witnessed by thousands, has been overwhelming.

Several groups, organizations and companies depicted their various themes through art, colour, costume and creativity, as they traversed the John Compton Highway through the city of Castries. The parade was headed by the phenomenal Royal Saint Lucia Police Band whose antics and performance have since gone viral. As the contingents streamed by, they were accompanied by floats and music trucks, cheered on by gleeful spectators showing their appreciation.

“It is nice to be in Saint Lucia at this time to witness something like this and share in a bit of your history and your culture,” Ron a visitor who had just come off a cruise ship remarked.

“This is the best Independence celebration I have witnessed, starting last night with the Story of Saint Lucia, the fireworks and the different activities and now this. It’s amazing and my kids are actually learning something,” Shirley a mother of three said.

The “Anou W’ey” Parade which got underway at about 2 PM lasted about four hours with the grand independence fanfare culminating at the Sab Playing field, Vigie.

The contingents were judged in various categories and last week the judges revealed the winners to the Committee.

A special “People’s Choice Award” will be given to The Babonneau Development Committee.

A prize giving ceremony for the winners will be held this Thursday March 7.

Prizes will also be presented to the winners of the Independence Song Competition, which was won by Menel, with Nintus and Michael Robinson placing second and third respectively.

The Independence 40 Committee would like to thank all of the participants, as well as the sponsors for their input into the success of the events.

A reminder, than independence 40 activities continue through to December 12, 2019 and for more information visit www.independence.slu