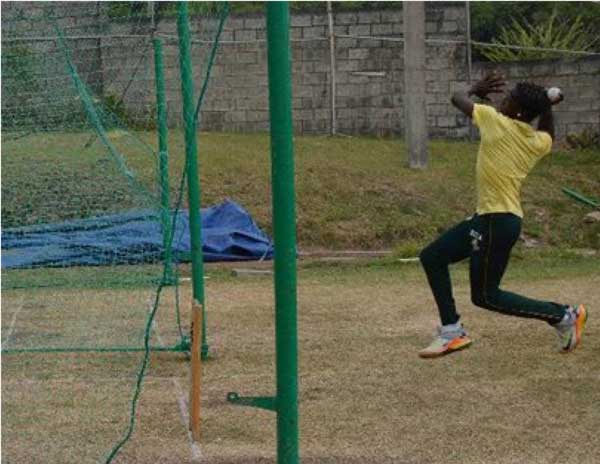 The Saint Lucia National Cricket Association (SLNCA) is pleased to announce that 19-year-old Kymani Sexius has been selected as one of ten finalists for the ‘Pace like Fire’ project being spearheaded by the University of the West Indies, Cave Hill Campus.

The ‘Pace like Fire’ initiative is a programme developed by UWI in collaboration with Cricket West Indies (CWI) to begin the development of young fast bowlers. It is hoped that these young men and women will eventually transition into their national squads and regional teams and eventually into the West Indies set-up.

Sexius was the lone Saint Lucian selected and one of ten players from around the region. He will begin training at Cave Hill Campus from April 8-22 for the first stint of what is expected to be a two year engagement.

According to the SLNCA, they are extremely proud of Kymani and wish him the best in his endeavours and will continue to work hard to ensure that he reaches his full potential.