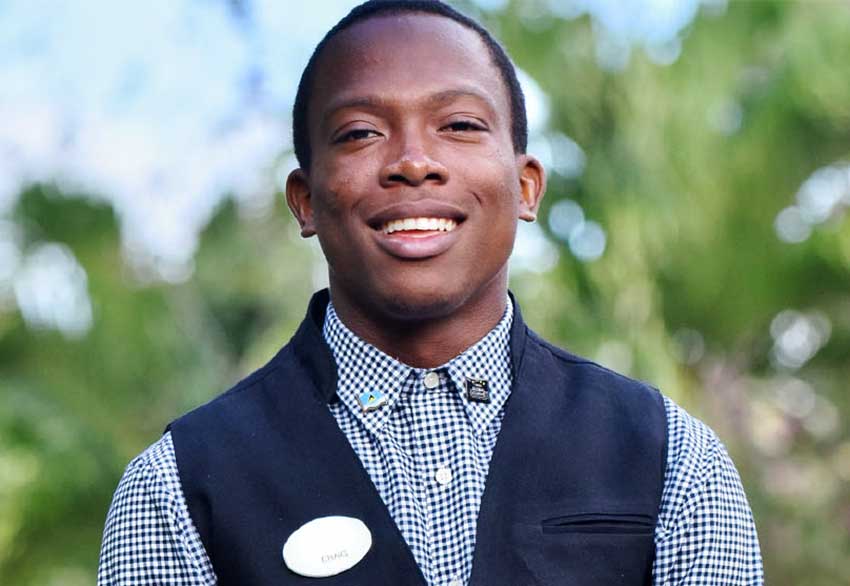 PRESS RELEASE — AN award-winning cocktail takes more than simply mixing the ingredients together. That’s the easy part. Passion and personality are what make it a work of art.

That’s the invaluable lesson Craig Andes has learned over the years and at just 22, he knows the sky is the limit.

Craig, who currently serves up his creations at the Sandals Grande Saint Lucia Spa and Beach Resort has just won the coveted Bartender of the Year Award at the annual SLHTA Culinary Competition, which means he is now an official member of the Saint Lucia National Culinary Team that will represent Saint Lucia in the annual Taste of the Caribbean Competition in June 2019.

Craig joined the Sandals family at age 18, fresh out of the Sir Arthur Lewis Community College. He did not get through the first time he applied, but he knew that Sandals was where he wanted to be, and finally got the nod on his 6th attempt.

The rest as they say … is history.

Craig recalls the first competition he took part in; it was the Chairman’s Food & Rum Festival, in the Spice bartender category. He describes his first event as terrible, and what made it worse, was hearing it from a judge. He vowed then and there that this would never happen again. “You must have a passion and drive; if you don’t like what you do, you will never go far. I set small goals for myself. When I am in the bar, I can totally forget any problems I may have; in the bar it is a different vibe.”

Now, he says, “I have a fire to take part in a competition and in December I won the first round of the international Mai Tai Competition, where I was paired with an international chef. This is how I came to win the Bartender of the year award, and to make the team chosen to represent Saint Lucia in the CHTA/SLHTA Taste the Caribbean Competition coming up in Miami in June.”

Craig has watched the National team for two years, and made up his mind that he’d be on it someday. His hard work has finally paid off. “Now the tables have turned and I am one of them. A cocktail does not win a competition; personality wins you competitions. I have to work on my technique with my mentor, and practice makes perfect.”

A past student of the Entrepot Secondary School and the Sir Arthur Lewis Community College and Travel & Tourism Programme, Craig already has his eyes set on moving up the ladder. “After the culinary competition I would like to move up the ladder. I would like to become Director of Food & Beverage at Sandals Resorts International one day.

Richmond Mason, Bars Manager and Craig’s supervisor, in acknowledging his contribution, said, “We will always assist and support him. I like working with the young ones like Craig. They have the energy. So of course we hope he does well.”