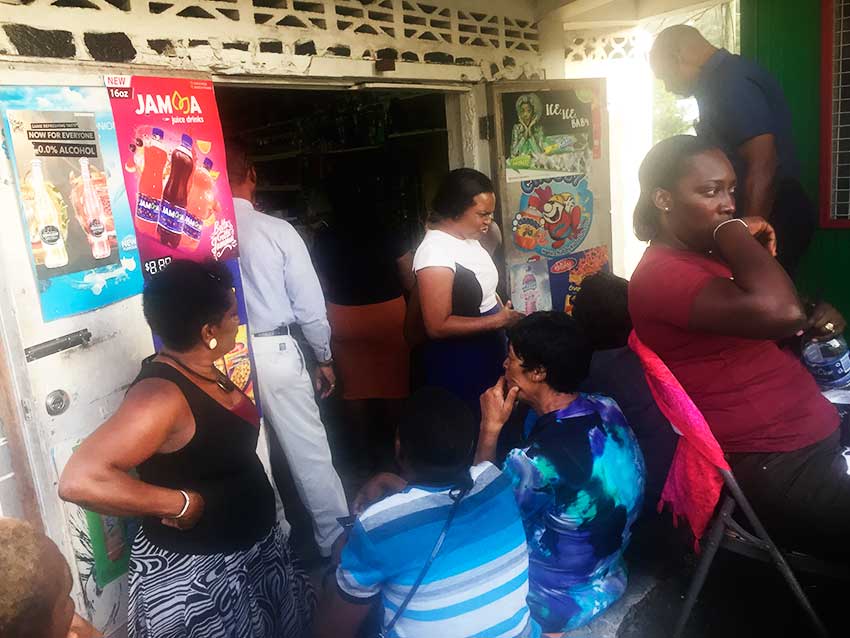 STAN Pistol, a 51-year-old resident of Cedars Castries, was shot dead by armed robbers at his place of residence; on the evening of Wednesday March 13th at approximately 8:15pm. Pistol was conducting business as usual at his grocery shop, the Kross-Roads Mini-mart, which is located on the ground floor of his home, when the robbers ambushed him. The sound of multiple gun shots alerted residents in the community, who also reported to have noticed three men fleeing from the scene with a cash register. The police are currently investigating the matter.

The wife of the deceased, Grandalene Pistol, arrived at home just moments before the tragedy occurred. While she was parking her vehicle near her home, which she shared with her husband Stan and their two children, she heard the shots being fired. Mrs. Pistol, seconds later discovered her husband in what was described, as “a pool of blood.” Stan’s 16-year-old daughter was upstairs, and his son was at the house of a neighbour across the street when he was shot. Screams and wails from the neighbours followed the shocking discovery. The children of Stan Pistol were reported to dash toward their father, weeping inconsolably at the sight of his lifeless body.

Police officers, and an ambulance promptly arrived at the scene, and the body of Stan Pistol was subsequently transported to the Victoria Hospital. It was noted at the facility that Stan sustained multiple gunshot wounds. He was later pronounced dead by a medical practitioner.

Relatives, friends and neighbours of the bereaved family, gathered in solidarity the following afternoon outside the open doors to the shop where Stan lived, worked, and took his last breath. Words of sorrow, bitterness, and despair were expressed by the gathering multitude. Many residents of the community remarked that this was not the first armed robbery that Stan and Grandalene had suffered in recent times. A sister-in-law to Stan Pistol was seen embracing, and giving words of wisdom to his 13-year-old son. “You must be strong my boy,” she said. “Ask God for the strength and courage to move on and carry on. Ask God to make you stronger and stronger by the day,” she continued.

An irate neighbour was heard demanding justice for victims of violence. “It is time for this wickedness to stop!” he said. “We cannot consider ourselves lucky and feel alright just because we are not the ones directly affected… because tomorrow it could be any one of us. There is no victim list.”