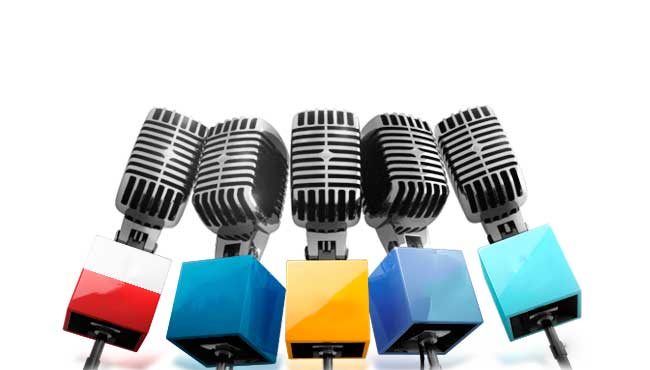 From meetings with President of the United States Donald Trump with a select group of Caribbean leaders including our very own Allen Chastanet, to seemingly unfair coverage opportunities locally for media during a recent visit of the Prince of Wales, there is a lot happening in and around Fair Helen.

The latter had journalists riled up at an event meant to celebrate Saint Lucia’s 40th Anniversary of Independence held in Vieux Fort. After 40 years, the fact that foreign journalists were given priority in terms of coverage opportunities for the event attended by royalty proved that even in 2019, it is still nearly impossible to get some sectors of society to recognise the importance of respecting and acknowledging one’s own, this time around and not for the first time – local media.

After having to deal with poor preparations and downright disrespect for years as it relates to accommodation and provision of adequate spaces to function effectively at various events on island, it is high time that members of the media and the representative Saint Lucia Media Association speak out against unequal treatment, like what occurred in Vieux Fort recently, in order to prevent these things from continuing to happen. If a person through their entity of work is invited to cover an event, it is expected that all will be in place for them to be able to do their job effectively. Similar coverage discrepancies have been the order of the day for several other large scale events including the Saint Lucia Jazz festivals of the past, where foreign media was typically granted special access that locals were not privy to. If the explanation for the limited coverage opportunities for local media revolves around requests made by the artistes (or royalty!) themselves, then perhaps it is time for the people in positions to do so to speak out and change the status quo. If there is an accreditation process, which there was in all instances mentioned above, the persons in charge must trust that their own processes work effectively to ensure the security and integrity of these events based on who is granted access for coverage. It will never be acceptable to treat our own as less, and foreigners as having a higher value, which is a perspective that seems to date back decades.

Then there was the recent meeting with President Trump and Caribbean leaders from the Dominican Republic, Jamaica, Saint Lucia, Haiti, and the Bahamas. The meeting which was said to have been called to focus on renewed U.S engagement in the region is now being dubbed as controversial, as key figures including heads of state of Trinidad and Tobago, Guyana and others were not invited. Notably, a delegation from the United States recently visited Saint Lucia and met with local media. Discussions then focused on ways in which relations with Saint Lucia would be developed over time. The discussions which are detailed in an article titled ‘Chung Breathes Fresh Air in US/Caribbean Relations’ available on The Voice website, touched on Saint Lucia’s dependency on oil from Venezuela. According to Julie Chung, Principal Deputy Assistant Secretary in the Bureau of Western Hemisphere Affairs of the United States Department of State, revamped engagements with Saint Lucia would touch on exports of U.S. natural gas and the use of U.S. renewable energy technologies, which would specifically lessen reliance on Venezuela.

Saint Lucia has openly supported the now destabilized Venezuela and hosts an Embassy on the island. It would be interesting to see how discussions progress moving forward.