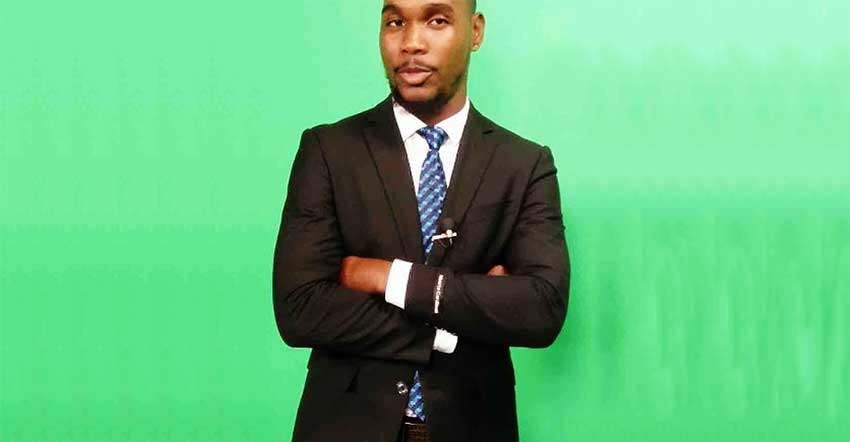 ONE month after a bomb hoax at the George F.L. Charles Airport disrupted its operations and that of businesses and a school in the area, one person has been charged – Journalist Rehani Isidore.

Isidore, who at the time of the bomb threat was employed with Helen Television Service (HTS) was charged Wednesday and hastily escorted to the First District Court for a bail hearing that same day.

The bomb threat took place on the morning of the 20th of last month forcing the airport to delay its operations for three hours as police and firemen combed the area.

According to police Thursday, Isidore, who lives at Bishops Gap in Marchand, Castries was arrested and charged for the offences of Bomb Hoaxes and Attempted Suicide, in relation to the bomb threat incident.

A police press release stated that he was escorted to the First District Court where he was granted bail on two counts of Bomb Hoaxes, in the sum of $2500.00 each, cash or suitable surety and on his own recognizance for the charge of Attempted Suicide.

The release then went on to quote the various sections of the Criminal Code that deals with suicides, bombs and hoaxes.

Section 362 of the Criminal Code in the article relating to ‘bombs, hoaxes, sending messages or articles to alarm or injure other persons,’ states that ‘A person [who] communicates any information which he or she knows or believes to be false to another person with the intention of inducing in him or her or any other person a false belief that a bomb or other thing likely to explode or ignite is planted in any place or location is liable on conviction on indictment to imprisonment for five years or on summary conviction to imprisonment for two years.’

Relating to the charge of Attempted Suicide, Section 94 of the Criminal Code states that ‘A person who aids and abets the commission of suicide by any person, whether or not the suicide is actually committed is liable on indictment to imprisonment for 20 years’ and also that a person who ‘attempts to commit suicide is liable on conviction on indictment to imprisonment for two years.’

Isidore’s next court appearance has not been revealed however he was brought in for questioning eight days after the bomb threat was made and rushed to hospital while in police custody. From the hospital he was taken to the Mental Wellness Center for an examination at the Millennium Heights Medical Complex after which he was charged. — M.G.