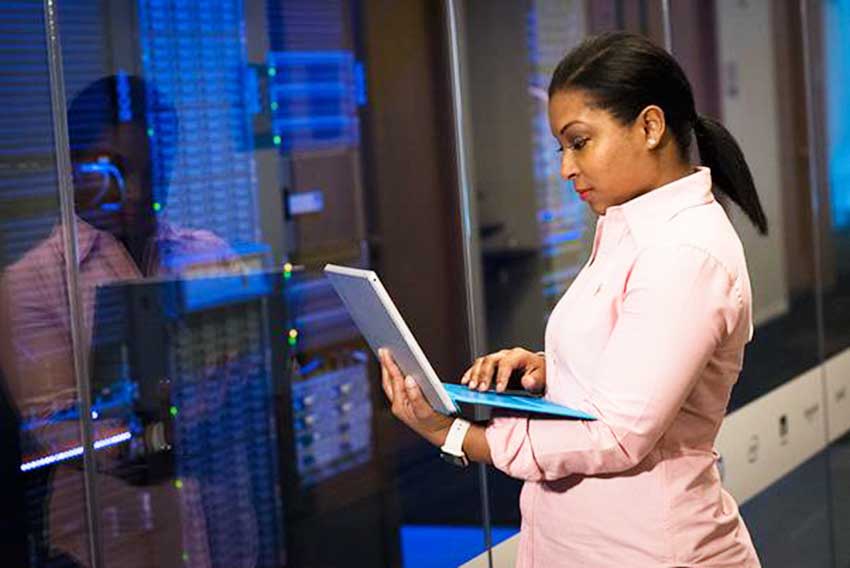 PRESS RELEASE — In the region there are persistent gaps: lower labour participation, higher unemployment and informality, lower wages. The future of work requires taking steps to advance towards equality, said the Regional Director of the ILO on the occasion of International Women’s Day.

LIMA (ILO News) – During the last 20 years the inclusion of women in the labour market has been sustained in Latin America and the Caribbean, which has allowed 131 million women to participate in the labour force. However, there is still a long way to go to achieve gender equality in the region, the ILO warned today.

“Women must play an important role in the future of the work we want, that is why the region should redouble its efforts to close the gaps between women and men,” said ILO Regional Director a.i. for Latin America and the Caribbean, Carlos Rodríguez, referring to labour market data that has highlighted the persistence of inequality.

“The labour participation of women has increased, but it is still 25 percentage points lower than that of men. In contrast, the unemployment rate is three percentage points higher. Other indicators tell us about lower salaries and overrepresentation in informal employment that usually indicates precarious working conditions,” he added.

Rodríguez said that “these inequalities should not be tolerated when we are debating how to guarantee the jobs of the future in a scenario marked by new technologies, climate change, demographic aging and the effects of globalization. That future, also must be written for women.”

Steps must be taken to “develop programs to adapt the capacities of women to the demands of the new scenarios of the future of work.”

ILO data indicate that the participation of women in labour markets is 51.7%, which is equivalent to 131 million people. This represents a considerable advancement compared to the year 2000, when the rate was 47.3%, which was equivalent to 86 million. In 50 years, some 45 million women have joined the workforce.

However, this rate is still far from reaching that of men, which is 76.9%, and equivalent to 187 million people, according to the figures presented on February 13 in the ILO World Employment and Social Outlook – Trends 2019.

Despite the lower participation rate, women constitute half of the unemployed in Latin America and the Caribbean, 12.7 million of the 25.5 million people in that situation. The female unemployment rate expected in 2019, of 9.7%, is notably higher than 6.9% of men, according to the ILO Outlook report.

On the other hand, the ILO Labour Overview of Latin America and the Caribbean for 2018, which was presented by the Regional Office in December, highlighted that the challenge of gender equality is also rooted in salaries. It stands out that between 2013 and 2017 the wages of women grew more than those of men “however this was insufficient to close the wage gaps by gender.”

“It is necessary to be very clear about the commitment in the 2030 Agenda that was adopted by the member countries of the UN, which intends to achieve equal remuneration for work of equal value by that year,” Rodríguez added.

In the case of informality, a document on “Women and men in the informal economy” published by the ILO last year with global data, indicated that in the case of Latin America, the average rate of this type of employment is 53, one%.

Although male informality is higher worldwide, in this region the men’s rate of 52.3% is lower than the rate of women of 54.3%. Women are the great majority of the category of auxiliary family workers “who by definition are informal”, and who usually do not receive remuneration for their work.

Regional Economist for the ILO Office for Latin America and the Caribbean, Hugo Ñopo, stressed that “the traditional variables linked to productivity (education, age, economic sector, etc.) explain little of the wage gap between men and women. Most of the salary differences are the result of variables that are not yet systematically observed, such as unconscious biases, stereotypes and discrimination.”

“Another key area of gender differences is part-time work (30 hours per week or less). The incidence of part-time work among women is 20 percentage points higher than among men. These differences are the result of the different domestic responsibilities of men and women,” he added.

Ñopo considered that this reinforces the concept that “building a more equitable world requires a cultural change.”

The report A quantum leap for gender equality: For a better future of work for all, which was released by the ILO on March 8 highlighted that the provision of care continues to be the most important obstacle to advancing gender equality in the world, and also mentions as an important factor penalties linked to motherhood.

The report makes a series of recommendations for countries to implement “a transformative and measurable agenda for gender equality.”