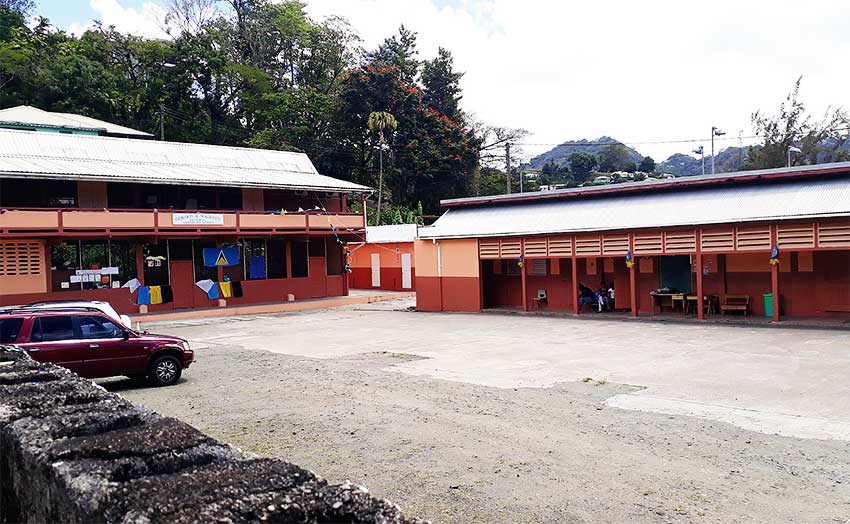 SCHOOL teachers, together with their trade union, the Saint Lucia Teachers Union and public servants supported by their bargaining body, the Civil Service Association (CSA) yesterday gave government an ultimatum: Meet with us as soon as possible or else!

The teachers want the government negotiating team to meet with them no later than Thursday of this week while public servants demanded of the government team an immediate return to the bargaining table.

Both groups are members of the Trade Union Federation (TUF) and will be synchronising their respective responses to government which came out of separate meetings held yesterday, just a stone’s throw from each other, the teachers at the National Cultural Centre at Barnard Hill while CSA members held theirs at their headquarters in Sans Soucis.

President of the Teachers’ Union Julian Monrose and General Secretary of the CSA Claude Paul both say it will be their respective memberships who will decide their course of action should the government negotiating team fail in meeting with them on a date given, which for the teachers would be on Thursday and for public servants most probably the same day, according to reports reaching The VOICE.

The 800-seat National Cultural Centre was jammed packed with teachers yesterday who turned out to a meeting called by their union, a meeting that received the blessings of the Ministry of Education.

This was not the case with CSA members who claimed that the Ministry of the Public Service denied their request to meet yesterday.

However, despite not getting permission to meet, the members turned out in large numbers for yesterday’s meeting, said to be an emergency meeting.

Both meetings were said to be successful with CSA members embarking on a silent march from their headquarters at Sans Soucis into Castries early yesterday afternoon.

“This meeting was very successful. The teachers said they have had enough. They want negotiations concluded and that we (the executive) are to ask the government negotiating team to meet with us no later than Thursday this week. Should the GNT fail to meet with us we are to get back to them and they will decide on the next course of action,” Monrose told reporters at the conclusion of the Teachers’ Union meeting yesterday.

He said that for six years or more teachers have not received a salary increase and neither has their condition of work improved.

The leaders of both trade unions say are they dissatisfied with the status of negotiations with the government for the period 2016-2019 and have accused the government of disrespecting them.

Both meetings yesterday were to discuss the status of negotiations with government over the 2016 – 2019 triennium, Monrose however took a swipe at the Ministry of Education for the process by which it went about deciding the abolition of corporal punishment.