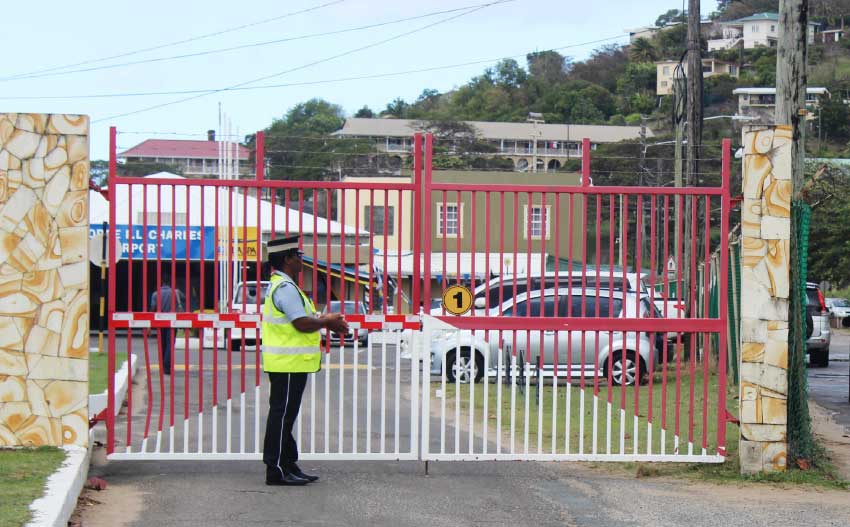 THE local press is deeply depressed.

The past week has not been at all kind, with local press people under intense unusual scrutiny, from without and within, over what can best be described as The Airport Affair.

Ever since a popular local newsman made the headlines after being hospitalized for allegedly attempting suicide, the rumour mills and gossip grapevines have been churning out stories about him that the newsman himself would never have imagined on a normal day.

But this is no normal story.

The press here has been unusually silent about the details surrounding this undoubtedly very saucy story – the allegations, the facts surrounding the case, and why the popular reporter would have tried to take his own life after allegedly being arrested for having made a phone call that caused the most recent emergency shutdown of George F.L. Charles airport.

The local press is fairly being accused of failing to report on the issue as we would have if it was not one of us involved.

The very nature of the unconfirmed reports suggest that this is the biggest story to hit the local press in recent memory – and not only because it involves a press person.

This story has regional and international interest as a news item, but it’s been totally wrapped under the sheets of local press protection as if reporters are bound by some secret society or lodge-type membership-bind or oath of silence not to report as normal.

So, the individual remains hospitalized with rumours of his death every day, the police remain silent about whether he was actually charged and when, there’s no official confirmation that he voluntarily consumed stuff intended to end his life while in police custody after being charged, and no confirmation either of the nature of the court charges he allegedly faces.

No one in the press seems to know what case the reporter was answering in court on the day of the disruptive emergency airport shutdown.

None of his press colleagues seem to know why he was not in possession of his passport on a day he was allegedly supposed to fly out of the island on an overseas assignment.

Of course, given that this person has had his nationally televised wrangling(s) with key political figures, there are also those who speculate about possible political involvement.

But this man would be the first to know just how the current powers-that-be see him and if all the assorted rumours associated with his arrest(s) are anywhere near true, he would have been expected to factor all that in before doing any of the crazy things he is being accused of, without proof.

The press has safely opted to invoke a Fifth Amendment-type position of claiming to not want to report on a matter that is sub judice, the press association asking that its members and the public await the emergence and/or provision of evidence, the outcomes of investigations and results of court cases.

In the meantime, the rumour mills continue to grind, the social media grapevine continues to yield even more intoxicating rumours – and nobody is even told how the reporter is actually doing at hospital.

An interesting aspect, though, is the way in which the press is being treated – by itself and the public – as some pure and sacrosanct body whose holiness is purer than crystal or Holy Water.

The reality is that members of the press (here, there and everywhere) are, first and foremost, not robots, but human beings — and therefore subject to all the weaknesses of character associated with all other human beings.

A sad but real fact is that there are monsters in the midst of every profession, including journalism.

Examples abound across the Caribbean and the rest of the world of high-flying journalists and top media personalities having been accused — and later found guilty or innocent — of everything from sexually assaulting children to raping women, from faking their own deaths to colluding with killers to get an exclusive story.

The local press must pull its neck out of the sand on this breaking news issue, as it’s not at all good for the profession as a whole to be accused of failing to do our duty by at least attempting to give some facts to shed some light on this dark-clouded affair.

No media person is perfect and the best of us will make the silliest mistakes under pressure or out of mere sloppiness.

There’s also the fact that no human being alive has developed an instant or guaranteed way of dealing with stress — whether political, economic or financial, family or relationship-related – and that includes journalists.

The bottom line is that the individual in question wrote his own story and the press simply does not want to report it — for reasons having more to do with sentimentality than professionalism.

But then, here again, the press here (like everywhere else) is a reflection of the society it exists in – and in this case, one where sentimentality and emotion are deep natural conditions bred over time and conditioned by history and culture.

Our natural first response to tragedy and calamity is usually ‘Poor Jab!’ — An immediate expression of sorrow applicable to both victim and perpetrator, depending on who’s talking: family, friend or foe.

In this case, however, no one is fooled: just read the social media comments, listen to those Kweyol media personalities who have dared speak their minds on the issue and ask people on the streets.

Colleagues are simply not being kind by burying the story in the shallow grave of silence, as the truth will always come to light.

All we are doing is postponing the agony of reporting uncomfortable truths — until the time comes when we’ll be racing to see who’ll be the first to report, once that truth can be attributed to someone else – relatives, police and courts, whether smiling, grieving or mourning.

The local press must do its/our best not to fail this test!