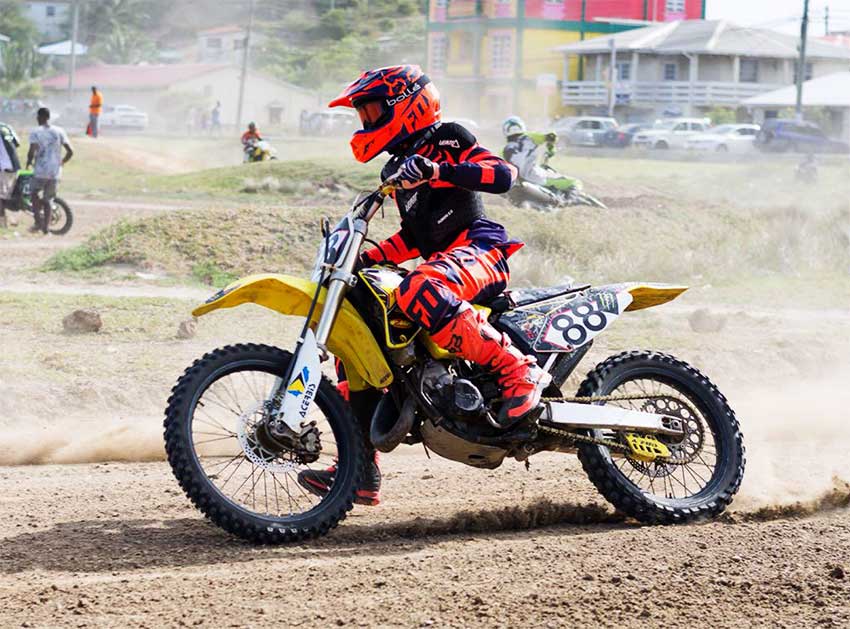 FIFTEEN-year-old Amir Surage has always been fascinated with motocross. Now that he’s older and a student of not just the Leon Hess Secondary School, but of the tracks that always seem to steal his focus, his need for speed grows with him.

“As a kid I loved the speed and the flair with which the riders rode,” he said. “From a very early age I would accompany my parents to watch some of the races.”

His parents, wanting him to fulfill his passion in a responsible way bought him his first motor cycle – a Suzuki 85cc which Amir says he outgrew quickly.

Since then Amir’s been spending his time doing what he loves, enjoying the freedom of riding and the adrenaline rush one feels when racing.

“I have only been riding competitively for one year,” he revealed. “The experience has been great so far. The Moto X Club members, especially the more experienced riders are always willing to guide you and I am really excited about the upcoming new season which started on March 3, 2019.”

Amir wishes all the riders the best of luck in a season he believes will be nothing short of exciting!