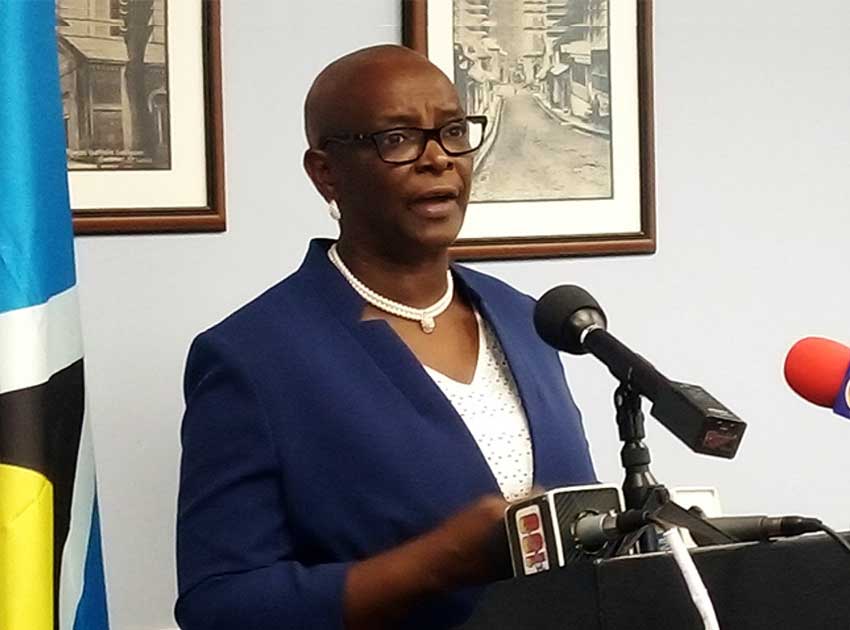 Culture and Creative Industries Minister, Senator Fortuna Belrose is calling on Saint Lucians not to quantify, in terms of dollars and cents, the events that took place and those yet to take place for the country’s 40th Anniversary of Independence.

Recognizing that the events held and those to come would be a charge on the country’s purse, Belrose pointed to the value the events brought to Saint Lucia and how it connected Saint Lucians both here and in the diaspora something she says “is more than money can measure.”

Considering celebrations span the course of an entire year, the cost to government was a fundamental point of discussion when the Minister met with reporters yesterday.

Belrose, in her comments noted celebrations were worthy of the milestone the country had reached – that of 40 years holding its own through tough economic times the world over.

Despite constant reminders from government officials that Saint Lucia is still under heavy financial constraints, Belrose reminded all that EC$ 3 million were set aside for Independence celebrations, an amount that includes past and upcoming events.

The minister spoke of how moved she was by the high level of patriotism displayed by Saint Lucians over the past few days in the build up to last Friday (February 22).

“There’s no doubt in our minds that we had a phenomenal 40th anniversary celebration. As a government we really want to commend the people of Saint Lucia for responding in such great levels of patriotism over the last few days to the events that were held all over the country. Hats off to our Independence Committee, and our young people via social media for mobilising our people to participate in the way they did,” Belrose said.

“Thanks to the police, celebrations were more or less incident free,” she added. “As a minister I don’t think I have seen that level of excitement and buzz around Independence in years. The last time may have been 10 – 15 years ago. After 40 years we are the ones shaping our destiny and we were quite happy that people responded in a way that was unprecedented.”

Most striking to Belrose was what she called “the level of passion that we saw displayed with our national colours, the outfits that the people wore to symbolize that they belong and were part of this.”

“Even Saint Lucians in the diaspora responded in much the same way and that’s what Independence should be for all of us. We all belong. We were born here. Take advantage of the fact that Saint Lucia is ours and showcase the best of us.”

Government, Belrose said, is pleased with the way Saint Lucians responded to the call, “We ALL IN, Our Journey, Our Future.”

“We are happy as a government by what we saw and we just want to tell Saint Lucians thank you in a very big way for the support they gave and for making this event a memorable one for all of us Saint Lucians.”