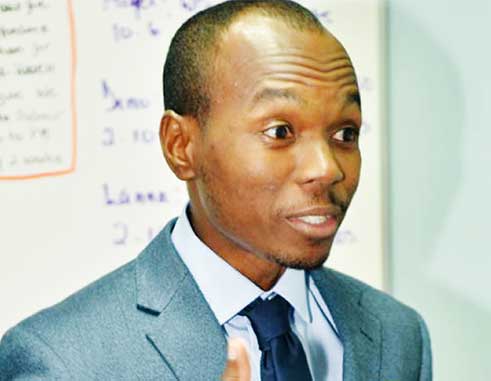 PRESS RELEASE – IT has become necessary for me to express my deepest concern over activities threatening to undermine the confidence of the local tourism investment climate. A number of these initiatives can be traced back to actions by the opposition St. Lucia Labour Party, which has justified its meandering positions on various projects for a variety of reasons.

Without investment, it is more difficult for us to grow the economy, create jobs, pay for our schools and create opportunity for our people hence my decision to make this matter one of national priority. However, narrow political views taken by the opposition do not only threaten investor confidence, but also confuses the local populace on its real view on the various development agendas.

The opposition’s shifting opinions on the range of issues facing our country are clearly highlighted in letters reproduced in the Saturday, October 20 Issue of the Star Newspaper and this demands a detailed explanation from the Member of Parliament for Vieux Fort South, former Prime Minister, Dr. Kenny Anthony.

The Vieux Fort South MP has continuously poured scorn on the DSH project and its developer since July 2016 but, in the published letters, Dr. Kenny Anthony was among the staunchest supporters of the DSH development and its Developer, TeoAking. In the reproduced letters, which were submitted in his application for judicial review, former Prime Minister Anthony wrote glowingly of the DSH project and envisioned a flagship resort of laudable global reputation.

One of the letters reports Dr. Anthony to have written the following and I quote:

“Teo, rest assured that I possess an even greater desire to see this project become a reality for so many reasons. I will push to the limit. I ask that you consider my thoughts which I have shared above. Let us find solutions and make this a flag-bearer for a sustainable integrated resort development in the world.”

The letter goes on to quote the former Prime Minister explaining that it would be political suicide for him to seek a Parliamentary waiver of sovereign immunity in an election year. Further, it goes on to quote him as writing: “It will really help me to understand what is the interest you seek to achieve so I may consider other ways in which we can assist to achieve the same objective.”

From reading the STAR article, one would get the distinct impression less than a month prior to the June 06th 2016 elections, the Member for Vieux Fort South was an avid supporter of the DSH project and its CEO TeoAking. The Newspaper also quoted an email dated April 22nd from an account believed to be the Member for Vieux Fort South private email. It reads: “Dear Teo, It was good to hear from you. I continue to admire your commitment and passion for this investment. I understand that your proposal is on the way to cabinet for consideration.”

In one section of the letter it even quoted him as suggesting to the investor that he can achieve the same result if the wording regarding certain aspects of the proposal be framed differently.

These cordial exchanges beg the question as to the real motivation behind the sudden change of heart which the Member for Vieux Fort South has cultivated towards the DSH project. They raise the question, whether on the eve of an election, the Member fully intended to implement the DSH project if emerged victorious at the polls for the 2016 elections.

This posture of double-standards and duplicity appears to be inspired by a quest to score political mileage. However, it significantly undermines St. Lucia’s reputation as an investment jurisdiction. Several projects and policy decisions continue to feel the wrath of opposition deception ranging from the following: The previous administration’s decision to grant approval for the development of a dolphin park at AnseJambette whilst in government, but pivots to being against dolphin parks while in opposition; a decision to implement the Airport Development Tax to allow for the Hewanorra Airport Development Project but deviates from it once they assume the benches of opposition; and A report by the Financial Times which rated St. Lucia’s CIP program as high political risk because of statements made by the opposition that upon reassuming office they would revoke citizenships granted under the reformed CIP regime approved by a democratically elected parliament.

It has been 12 days since the STAR article was published and the silence of the vocal Member for Vieux Fort South is deafening. The people of St. Lucia deserve the frank and full disclosure of where he really stands on the DSH development.

The people of St. Lucia deserve to know whether the DSH development would have been implemented had the opposition not succumbed to defeat at the polls during the 2016 general elections.

It is my profound hope that the expressed words of Earth Wind and Fire are not coming to light: “After the love is gone, what use to be right is now wrong.”