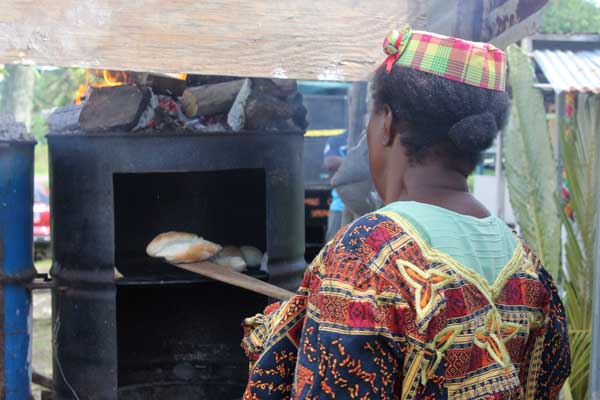 THIS weekend marks the end of another Creole Heritage Month, the last lap starting with Jounen Kweyol (Creole Day) tomorrow.

Watching the hype, observing the bling and following the trending Madras fashions donned during this final Kweyol week, one cannot but agree with those who proudly proclaim that the once-scorned language has come a long way.

It’s been 35 years since Jounen Kweyol was first celebrated here thanks largely to the historical efforts of the Folk Research Centre (FRC). Surely — as we are often reminded — ‘Kweyol la Vivan!’ (‘Creole is Alive!’). We’ve also had such themes as ‘Kweyol-la kamache.’ (‘Croele language is walking’.

But where is it all going? The annual celebration has spread far beyond the hands of the organizers. Never mind certain communities being chosen as official venues each year, it’s become a national celebration touching every home, community, town and village, district and region – indeed, people everywhere – one way or another.

The road has been long and the successes many. With the same Kweyol spoken here also spoken by millions in many other Caribbean countries, as well as other regions and on continents, there’s now an International Creole Day (October 28) set by the United Nations and observed worldwide.

There are similar widespread celebrations in many other places, even though not always as country-wide as in Saint Lucia and Dominica. But there too, much more is being done to take the language forward and give it that place and role it deserves as a native tongue or national language.

In some places more than others, the levels of pride of indigenous language are higher than others.

Closer to home, Kweyol Classes are being taught at university level in Martinique and Guadeloupe – so, why not here too? Which begs another question: Are Kweyol Language certificates gained in a French educational institution duly recognized within CARICOM?

When Dame Pearlette Louisy frist included significant portions of Kweyol in her Throne Speeches in 1997 and continued throughout her reign at Government House, the language was also proclaimed as having equal standing with English. Twenty years later, where’s our Mother Tongue?

After three-and-a-half decades of Jounen Kweyol and countless Creole Heritage Months, it’s time to take Kweyol to another level here. Where next will be determined by where we are and where we want to go. But we must move on.

The FRC’s primary objective was to reassert the prominence of the dominant local language, even though not advocating its dominance. That objective has been over-achieved.

The FRC’s headquarters at Mount Pleasant was the one best place that could have provided answers, but its destruction by fire robbed the nation of its best chance it still has to rise and soar like an egret to continue the great works of the Harry Simmons Folk Academy and the annual St. Lucia Studies Conference, among other such works important to preserve, nurture and promote our national cultural heritage on all fronts.

Everyone celebrating Jounen Kweyol this weekend owes it all to the FRC’s primary efforts to achieve its First Mission.

Now, the annual observance has also become a vibrant commercial activity guaranteed to bring a profit every October.

But, listening to all the advertisements of the wide range of creole foods and drinks, music, song and dance to be held in every nook and cranny across Saint Lucia this weekend, did anyone hear anything planned to raise funds to help the FRC secure a new home?

Awah! Now, we can better than that.

Meanwhile, enjoy the special Kweyol Heritage Month supplement in this issue and the added features in this weekend’s Canelles.