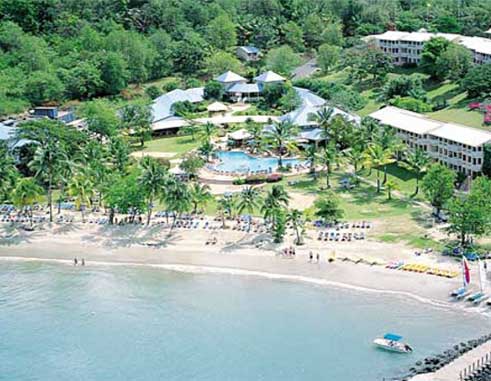 The entire eight-episode series was shot on location at St. James’s Club Morgan Bay, one of Saint Lucia’s largest and most popular all-inclusive beachfront resorts.

“This is a terrific opportunity to show millions of television viewers all that the beautiful Caribbean island of Saint Lucia has to offer,” said Mark Grebby, Senior VP of Operations for Elite Island Resorts.

“We are very excited to share this amazing island and St. James’s Club Morgan Bay with the world.”

The show was filmed both at the resort, and on-site at many of Saint Lucia’s most dramatic and popular tourism attractions.

The resort is located just north of the capital city of Castries, about 10 minutes south of the world-class Rodney Bay Marina area.

“Saint Lucia is one of the Caribbean’s most romantic islands, and we look forward to welcoming fans of the show to Saint Lucia and our resort,” said Grebby.